Gray, unlike many others, has been able to wrap his head around the Seattle Seahawks’ decision to throw the ball near the goal line in the closing moments of Super Bowl XLIX. In fact, the New England Patriots running back told ESPN Radio’s Dan Le Batard on Monday that he has no issue with the Seahawks’ logic.

“The two previous plays (for touchdowns), they had a wide-open Doug Baldwin in the back of the end zone, and they did a one-on-one jump ball with (Chris) Matthews,” Gray said. “I thought if they would have ran the ball and scored right away, it would give Tom (Brady) the ball with (two) timeouts. I was thinking they’d probably try to make a quick pass. I didn’t think run.”

The Seahawks’ play call, of course, backfired, as quarterback Russell Wilson threw an interception to Malcolm Butler with under one minute remaining. The decision paved the way for the Patriots’ 28-24 win and has since led to plenty of second-guessing, though Gray still understands Pete Carroll and Co.’s rationale.

“I don’t necessarily think that was a bad call,” Gray said of the Seahawks’ final offensive play.

Gray was inactive for the Super Bowl, ending what was an interesting season for the 24-year-old Notre Dame product. But he still had a front-row seat for one of the most dramatic finishes in NFL history, even if it wasn’t as shocking to him as it was to other Patriots.

Click for the worst decisions in Super Bowl history >> 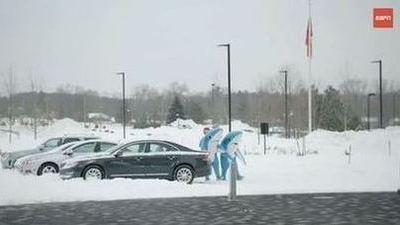