The Patriots’ defense didn’t “do its job” to end the half, allowing the Seattle Seahawks to drive down the field in just 30 seconds to score and tie the game at 14-14.

Find out how both teams got to that point in our first half film review:

QUARTERBACK
The Patriots showed their hand right away by targeting tight end Rob Gronkowski, wide receiver Danny Amendola and running back Shane Vereen on short passes to begin the game. The dink-and-dunk offense was in full effect, and Brady was highly efficient, going 20 of 27 for 177 yards with two touchdowns and an interception in the first half.

Brady’s best pass of the first half was a deep strike to Gronkowski over linebacker K.J. Wright. Brady saw the 246-pound Wright lined up out wide on Gronkowski in man coverage, and trusted his tight end to shake the linebacker off the snap.

Brady was criticized after the game for only throwing short passes, but unless he trusted his matchup, it didn’t make sense to go deep. This is one of the rare instances in which he was willing to take a shot.

Gronkowski briefly froze Wright with his move, but it wouldn’t have been a touchdown unless Brady put perfect touch on the ball. Gronk was able to snag it out of the air over Wright:

Brady’s worst pass, obviously, was his interception to cornerback Jeremy Lane. It’s really unclear who Brady was even trying to hit on the pass, but he was getting pressured and made the terrible decision to get rid of the ball in the middle of the field rather than throwing it out of the end zone or taking a sack.

Defensive end Michael Bennett looped around on a stunt to hurry Brady, who wildly fired into the end zone. Only Julian Edelman, deep in the end zone, and Amendola, to the left, were in the area:

Vereen immediately was a big contributor in the passing game. He picked up 16 yards late in the second quarter, leading to the Patriots’ second score. The Patriots used Gronkowski to open up the third-down running back.

Gronkowski cleared out strong safety Kam Chancellor on a drag, and Vereen got a step on linebacker Bobby Wagner. Brady hit Gronk for a score two plays later:

WIDE RECEIVERS
Cornerback Richard Sherman only allowed one catch, and it came on the second play of the game — a 6-yard completion to Danny Amendola.

Brady briefly froze Simon and free safety Earl Thomas with the play fake, then has to fit his throw to LaFell into a small window:

Edelman caught three passes for 41 yards in the first half. Check out a full recap of his Super Bowl performance here.

TIGHT ENDS
The Seahawks covered Gronkowski with Wright and Chancellor both for most of the first half. Gronkowski split out to the right on two plays and was covered by Sherman.

Chancellor did a great job on Gronk in the first half, blanking him, while Wright allowed two catches for 26 yards, including the touchdown.

OFFENSIVE LINE
The Patriots’ offensive line wasn’t asked to block for very long, since Brady mostly was dealing out short passes. They still gave up 10 pressures in the first half:

The offensive line had trouble opening up holes for Blount and Vereen in the running game.

DEFENSIVE LINE
The defensive line’s focus was on keeping Seattle quarterback Russell Wilson in the pocket, though it did record two sacks in the first half. Chandler Jones beat guard James Carpenter, and cornerback Darrelle Revis sacked Wilson in the open field before the quarterback could take off on a scramble.

The defensive line helped hold running back Marshawn Lynch to 45 yards on 12 carries and a touchdown in the first half. The biggest run the unit allowed was a 19-yarder to backup running back Robert Turbin with 30 seconds left in the half. If the Seahawks hadn’t picked up that first down and long gain, then they might have decided to kneel on the ball to end the half, allowing the Patriots to go into halftime with a seven-point lead.

Defensive tackle Chris Jones was shoved out of his gap by Carpenter and linebacker Jamie Collins was held up by center Max Unger. Safety Devin McCourty had to play the last line of defense:

LINEBACKERS
Collins allowed another costly play right after Turbin’s long run, when he wasn’t able to stop Wilson in the backfield. Wilson took off for 17 yards. It was the only time Wilson kept the ball on a read option. Defensive end Chandler Jones fully committed to Turbin, and Collins whiffed on Wilson:

Dont’a Hightower reportedly will have surgery to repair a torn labrum over the offseason. He played exceptionally well given the injury, doing a solid job filling rushing lanes.

CORNERBACKS
The Patriots allowed just four completions on seven targets to Wilson in the first half, but those receptions went for 6, 44, 23 and 11 yards.

The Patriots’ secondary absolutely blanketed the Seahawks’ receivers in the first quarter (see stills below), but Seattle was able to find some space later in the half: The Seahawks’ first reception went for 6 yards to receiver Jermaine Kearse, who successfully got open on cornerback Brandon Browner on a comeback route.

Cornerback Kyle Arrington mistimed his jump on a deep pass from Wilson to receiver Chris Matthews, who hadn’t caught a ball all season.

Arrington misjudged a route by receiver Ricardo Lockette later in the second quarter, allowing a 23-yard catch. He also grabbed Lockette’s facemask, adding another 10 yards to the play.

Cornerback Logan Ryan, after perfectly playing a deep target to Kearse in the first quarter, allowed an 11-yard touchdown to Matthews. It’s unclear if the coverage or Ryan was to blame, but he gave the tall receiver a large cushion.

Ryan must not have expected the Seahawks to run a fade route, since he cheats back into the end zone. The game was tied going into the half after this play: 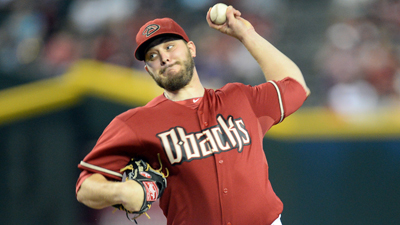 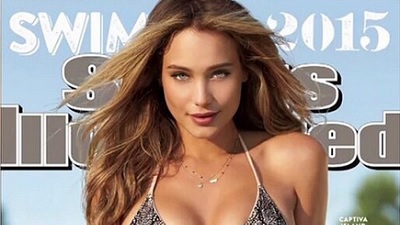