Think you have the whole DeflateGate scandal figured out? Not any more, you don’t.

In yet another twist to an ongoing saga, two different league officials supplied footballs to New England Patriots locker room attendant Jim McNally during the AFC Championship Game, and one of those officials since has been fired, a source told ESPN’s Adam Schefter on Wednesday.

Hang on. It gets weirder.

According to Schefter, the fired official was in charge of collecting game footballs for charity and was let go by the NFL for selling those footballs on the side for profit.

Schefter’s story seems to undermine a Tuesday night report from “Outside the Lines” reporter Kelly Naqi, who wrote that McNally tried to give an unapproved kicking football to alternate official Greg Yette. If Schefter’s report is valid, it would appear McNally was just a middle man in passing along footballs from NFL officials to a referee on the field.

After noticing the kicking ball that McNally gave him wasn’t approved, Yette alerted NFL vice president of game operations Mike Kensil, who was in the press box at Gillette Stadium, according to Naqi’s sources.

Schefter added that the fired official wasn’t the only one to give McNally a game ball. Citing a source, Schefter said the NFL has video of the other official handing a football to an equipment manager to be given to Yette in the championship game, and that video is being used in attorney Ted Wells’ DeflateGate investigation.

Here’s hoping the findings of Wells’ investigation are released soon, as this story grows more confusing by the minute.

UPDATE (12:45 a.m.): ESPN changed the phrasing in its online to say “NFL employee” instead of “NFL official,” seemingly after the NFL Referees’ Association denied a game official had been fired and demanded an apology. 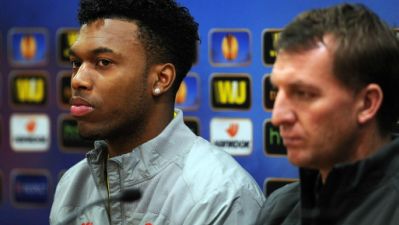