When Krejci suffered a partially torn MCL in his left knee Feb. 20., an injury expected to keep him out of the lineup for four to six weeks, Lucic was put on a line with young center Ryan Spooner and 18-year-old winger David Pastrnak.

This line has provided consistent scoring production for the Bruins, which is among the reasons why the team has averaged 3.5 goals per game since the Lucic-Spooner-Pastrnak trio was put together in an impressive 6-2 road win over the Chicago Blackhawks.

Over the last eight games, these forwards have tallied 13 points (five goals, eight assists) during 5-on-5 play and 21 points in all situations.

Spooner and Pastrnak both have a great shot, but they also use their speed, offensive awareness and playmaking skill to create scoring chances for teammates, which has helped Lucic. Conversely, Lucic’s net drives have created additional time and space in the attacking for his linemates, as seen on Spooner’s first career NHL goal against the New Jersey Devils on Feb. 27.

While the offensive production from this line has been excellent, teams consistently are out-shooting this trio at even strength. Only Pastrnak is driving puck possession with a Corsi-for percentage above 50 percent during 5-on-5 play.

This line also has been sheltered, which is not a surprise because Spooner and Pastrnak are two young, highly skilled players who haven’t yet developed the defensive skill and awareness to take on tough assignments against quality competition. As a result, this line has started the majority of its even-strength shifts outside of the defensive zone.

“I think right now the offense has been outweighing the defense,” Bruins head coach Claude Julien said Wednesday. “They’re only going to get better with time. So you have to live with those situations.

“Late in the games sometimes I do have to cut my bench down, and we end up paying a price a little bit, but it’s not a knock on their game and it’s not a knock on what they’ve brought to our team. It’s just a natural process of a lack of experience, it’s as simple as that.”

This line hasn’t been scored on too often, though, and a fair amount of the shots against have come from the perimeter. As Spooner and Pastrnak gain more experience, their defensive zone play will improve and they’ll use their speed to quickly transition up ice.

“When you’re keeping guys on the outside, with Tuukka (Rask) in net, not to many guys are going to score from the outside,” Lucic added. “We want to be better in the defensive zone as a line so we don’t get hemmed in there and spend as much time as we have in the last couple of games. Another test against a high scoring team in Tampa (on Thursday), so we need to make sure our defensive game is there so we can get those offensive chances.” 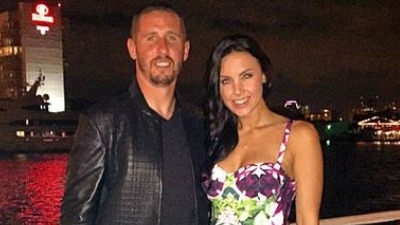 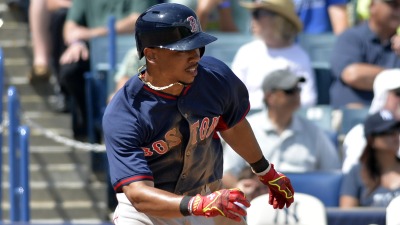 Shane Victorino: Mookie Betts ‘Ahead Of The Curve,’ Poised For ‘Greatness’