The New England Patriots are keeping their draft plans close to the vest this offseason.

The Patriots’ interest in Chandler Jones prior to the 2012 NFL Draft and Dominique Easley in 2014 was well known, but it’s anyone’s guess who they select this year. The Patriots have needs at running back, wide receiver, offensive line, linebacker, defensive tackle and cornerback.

After letting Darrelle Revis and Brandon Browner walk in free agency, cornerback is widely regarded as the Patriots’ greatest need. If the right player is available with the 32nd overall pick, then they might even address it in the first round.

1. Tampa Bay Buccaneers: Jameis Winston, quarterback, Florida State
I probably wouldn’t take him first overall, but the Buccaneers seem determined to do so.

3. Jacksonville Jaguars: Dante Fowler, Jr., edge defender, Florida
Fowler thinks the Jaguars are picking him, but no one else does because Jacksonville surprised everyone by taking Blake Bortles last year.

4. Oakland Raiders: Amari Cooper, wide receiver, Alabama
It just makes too much sense. Derek Carr thrives in the shallow part of the field, where Cooper does his biggest damage.

5. Washington Redskins: Leonard Williams, defensive lineman, USC
The Redskins get a “steal” here with Williams, who’s regarded by some as the best prospect in the 2015 draft class.

6. New York Jets: Bud Dupree, edge defender, Kentucky
Dupree could do a lot of damage playing behind the Jets’ talented three-man front. He’s a perfect fit for a 3-4 defense.

7. Chicago Bears: Kevin White, wide receiver, West Virginia
The Bears traded away Brandon Marshall and need to find a replacement in the draft. White is just as big and could be a bigger playmaker.

8. Atlanta Falcons: Trae Waynes, cornerback, Michigan State
There isn’t a pass rusher worth taking at eighth overall, so the Falcons take the best cornerback in the draft. Waynes is big and speedy.

9. New York Giants: Brandon Scherff, offensive lineman, Iowa
Scherff projects at guard because of his arm length, but that limitation didn’t seem to hinder him at Iowa, where he would truck opposing defensive linemen.

10. St. Louis Rams: DeVante Parker, wide receiver, Louisville
The Rams will hit on a wide receiver one of these days.

14. Miami Dolphins: Todd Gurley, running back, Georgia
Lamar Miller was good last year, but he might be best served as a change-of-pace back. Gurley has a chance to be special.

15. San Francisco 49ers: Ereck Flowers, offensive lineman, Miami
Flowers played tackle at Miami, but he could move to guard in the NFL.

17. San Diego Chargers: Melvin Gordon, running back, Wisconsin
The Chargers have just Donald Brown, Danny Woodhead and Darren Oliver at running back. Gordon is a much better option.

18. Kansas City Chiefs: Arik Armstead, defensive line, Oregon
Armstead has the potential to be the next Richard Seymour, but that’s all based on upside for now.

19. Cleveland Browns (from Buffalo Bills): Nelson Agholor, wide receiver, USC
Agholor has the speed to go deep and route-running ability to be dangerous in the middle of the field.

23. Detroit Lions: Cameron Erving, offensive lineman, Florida State
Erving played tackle with the Seminoles before switching to center, and he could project at guard in the NFL.

24. Arizona Cardinals: Shane Ray, defensive end, Missouri
Ray was cited for marijuana possession early Monday morning, and he has a toe injury that limited him throughout the predraft process. He could be too good to pass up here, however.

25. Carolina Panthers: D.J. Humphries, offensive tackle, Florida
Humphries is one of the few offensive linemen in this draft who has the athleticism to play left tackle, a position of need for the Panthers.

26. Baltimore Ravens: Marcus Peters, cornerback, Washington
The Ravens need a potential No. 1 cornerback, and Peters, despite his character issues, has the potential to be just that.

27. Dallas Cowboys: Landon Collins, safety, Alabama
The Cowboys need to take the best defender available here, and Collins could make an impact as an in-the-box safety.

30. Green Bay Packers: Benardrick McKinney, linebacker, Mississippi State
The Packers really need an inside linebacker, and McKinney has the size and athleticism to be a run-thumper.

32. New England Patriots: Byron Jones, cornerback, UConn
If Jones is here at No. 32 overall, then I can’t see how the Patriots would pass on him. He’s big, athletic, versatile and smart. Jones began his career at UConn at safety before switching to cornerback as a junior. He’s one of the best athletes to ever enter the NFL draft and set the world record with a 12-foot, 3-inch broad jump.

Jones could even start from Day 1 with the Patriots. They tried to start Ras-I Dowling as a rookie before one of many, many injuries ended his 2011 season.

Jones could drop to 32nd overall because of a shoulder injury that ended his senior season early. Otherwise, he was durable at UConn. 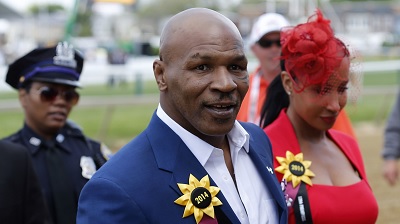 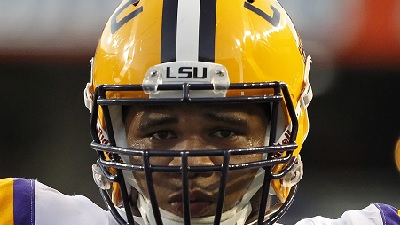