The Boston Bruins have assigned forwards Ryan Spooner and David Pastrnak along with defenseman Zach Trotman to the AHL’s Providence Bruins, the team announced Monday night.

These players now are able to play in the P-Bruins’ three remaining regular-season games and all of the team’s AHL playoff games.

This move makes sense because it will allow all of them to gain more pro experience and play in pressure situations during the AHL playoffs. A few of the Tampa Bay Lightning’s talented young forwards played on the 2011-12 AHL champion Norfolk Admirals team, and it helped prepare them for NHL success.

At Monday morning’s break-up day media availability, Spooner said he didn’t know if the Bruins would send him to Providence, but that he wouldn’t mind the opportunity to help many of his former teammates pursue a Calder Cup title.

“Last year we made it to the second round, year before that second round,” Spooner said. “They have a good team down there. We?re young and we?re skilled. I would love to go down there and help. Hopefully we can win and see how that goes.” 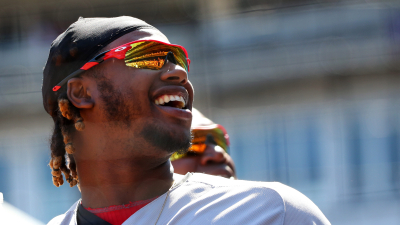 Hanley Ramirez: ‘I Was Waiting For A Long Time’ For Fenway Park Return