Sometimes, it pays to be the little guy.

Boston Celtics point guard Isaiah Thomas is one NBA’s shortest players at 5-foot-9, but he was able to evade the reach of 6-foot-10 Cleveland Cavaliers forward Kevin Love on Tuesday thanks to some seriously nifty dribbling.

After intercepting a pass intended for Cavs guard Iman Shumpert, Thomas turned upcourt to begin a Celtics fast break. Love stood in his way, but the diminutive guard blew right by the big man with a move straight out of the And1 Mixtape Tour.

Thomas paced the Celtics with 22 points and seven assists Tuesday, but that effort was not enough to secure a victory. The Cavaliers won 99-91 to take a 2-0 lead in the first-round playoff series. 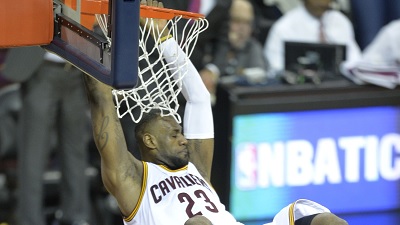 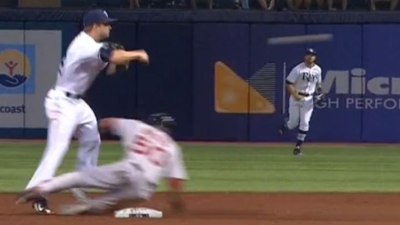