Say what you will about Lewis’ shady past, but the former Baltimore Raven is praised as a respected community leader in the Baltimore area. He’s also a future Hall of Fame inductee that brought two Super Bowl titles to the franchise. Now, he hopes to bring peace.

If you’ve somehow missed it, Baltimore has erupted into violence recently with rioting and protests raging throughout the city.

Lewis took to social media Tuesday to try and spread his desperate plea for the violence to end.

He even made a passionate and somewhat angry video, begging the rioters and “kids in the streets” to go home.

Lewis’ reactions aren’t the first major public statements to be made on social media by a prominent Baltimore figure, as Orioles executive vice president John Angelos tweeted a lengthy message on Saturday.

Update (5:36 p.m.): Lewis has opted not to join the ESPN broadcast staff at this weekend’s NFL Draft, instead choosing to stay in Baltimore. Lewis released a statement, via ESPN:

“I felt that it was more important for me to stay in Baltimore and try to help the city I love. I greatly appreciate ESPN?s understanding and flexibility at this late date. I did not feel right leaving the city at this time.?

“Few athletes are as connected to a city as Ray is to Baltimore, having played his entire career there and based on all the work he has done in that community,” Markman said. “While we will miss him at the draft, we completely support him in this decision and we hope his involvement will help resolve the situation there.” 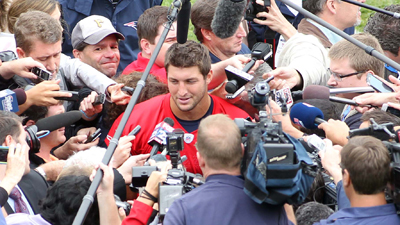 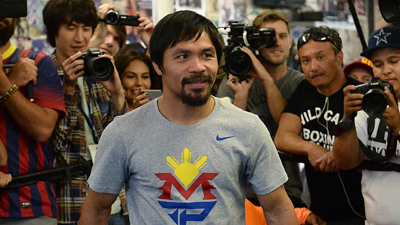