BOSTON — John Farrell might owe Matt Williams something nice after this series.

The Washington Nationals again hurt themselves Tuesday as the Boston Red Sox rallied for an 8-7 win at Fenway Park. The Red Sox scored three runs in the seventh inning without producing a single hit.

The Nats played porous defense in Monday?s series opener. That sloppy play carried over into Tuesday, with Washington falling apart in the seventh after scoring six runs to take the lead two innings prior.

Let?s run down some notes from the Red Sox?s victory, which improved their record to 6-2.

Masterson, who retired the side in order only once, gave away a 5-1 lead in the fifth inning. The right-hander allowed three singles, hit two batters, walked one and committed a throwing error on a pickoff attempt to first base in the frame. He finally received the hook with two outs, after which Alexi Ogando yielded a two-run double (both runs were charged to Masterson).

“He didn’t have his best stuff overall,? Farrell said. “He threw enough strikes early on to keep away from a big inning, but it seemed like the stuff kind of ran out of gas in that fifth inning with multiple walks and a pitch up on the plate.

?The action to the pitches — the fastball, slider — was there, but the walks mixed in with some base hits created some issues here tonight.?

Masterson?s fastball velocity — a popular topic of conversation dating back to last season — sat in the upper 80s for much of the night. He pretty much abandoned his fastball at certain points and relied heavily on his slider, which proved ineffective.

Masterson pitched very well in his first start back with the Red Sox last week in Philadelphia, but he?ll certainly want to toss this one into the scrap heap while game planning for his next outing.

— Credit Boston?s bullpen for stepping up.

Red Sox relievers didn?t allow an earned run or a walk over 4 1/3 innings. They allowed just two hits and struck out seven.

Koji Uehara, who was activated from the disabled list Monday, earned his first save of 2015.

— Brock Holt started at shortstop in place of Xander Bogaerts, who is day-to-day with right knee soreness. Holt again served as a catalyst, producing two hits and knocking in the game-winning run.

— Hanley Ramirez moved from left field to third base in the sixth inning when Pablo Sandoval exited the game with a foot injury. It was Ramirez?s first appearance at third base since Aug. 1, 2012.

“Yeah, I did it in PlayStation, when I put myself in third and put Panda in left,? Ramirez said when asked whether he practiced third base at all during spring training. ?In reality, no. In spring training, I used to just stand at third for a little bit, for this moment.”

According to Ramirez, Farrell asked him whether he?d be more comfortable playing third base or shortstop. Ramirez has more experience at short, but he said he chose third base because Holt was handling shortstop so well.

— Dustin Pedroia, who cracked his third homer of the season, is hitting .336 (192-for-572) in 144 career interleague games. That?s the highest mark among active players.

Pedroia?s third home run came in Boston?s seventh game of the season. It took him until the Red Sox?s 59th game last season to hit his third homer.

— The Red Sox have won each of their first three series. It?s the first time Boston has accomplished that feat since 1952, when the Sox won six straight series to open the season. 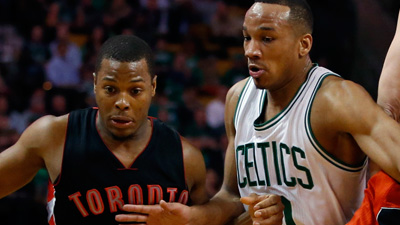 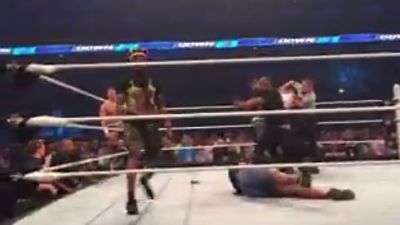