Apparently there are no hard feelings between Darrelle Revis and the New England Patriots.

Revis plans to join the Patriots on their White House visit next Thursday, a source told the Boston Herald’s Jeff Howe. Revis signed with the New York Jets after the Patriots declined to pick up his 2015 contract option.

All players from the 2014 Patriots are invited to the event, where President Barack Obama will honor the team. The Patriots also lost cornerback Brandon Browner, defensive tackle Vince Wilfork, linebackers Jonathan Casillas and Akeem Ayers and running backs Shane Vereen and Stevan Ridley in free agency.

Browner was snubbed by Obama when the Seattle Seahawks were honored at the White House last season. The president failed to mention Browner as a member of the Legion of Boom. 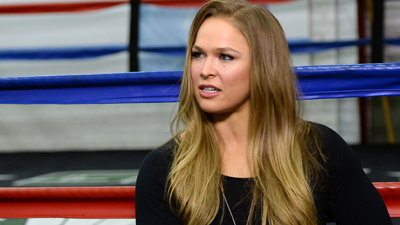 Ronda Rousey: ‘There’s No Way’ I Don’t Return To Another WWE Ring