The Sacramento Kings, objectively speaking, are a complete mess right now. Could John Calipari be on the way to do some cleanup?

Yahoo! Sports reported Tuesday, citing league sources, that the Kings are “probing” the University of Kentucky head coach about his interest in taking over not only as coach but also in a front-office capacity. According to the report, Calipari and Kings owner Vivek Ranadive have spoken in recent weeks about the possibility of bringing the coach to Sacramento.

The Yahoo! report does say no formal offer has been made at this point, and it reportedly would take a multiyear deal worth at least $10 million annually to pry Calipari from Kentucky.

There is an obvious problem, though. The Kings already have a head coach in George Karl. With reported issues between Karl and other members of the organization — including big man DeMarcus Cousins — the Kings also are trying to find “cause” to fire the coach and get out from under his contract, per the Yahoo! Sports report.

Shortly after the news broke Tuesday, Calipari took to Twitter in an attempt to shoot down the rumors.

Calipari insisted any and all conversations between he and Ranadive have centered around Cousins — who played for Calipari at Kentucky — and around Willie Cauley-Stein, who also played at UK and was selected by the Kings last week in the first round of the NBA draft.

Then, one last time for effect, Calipari emphatically stated he’d be staying at Kentucky. 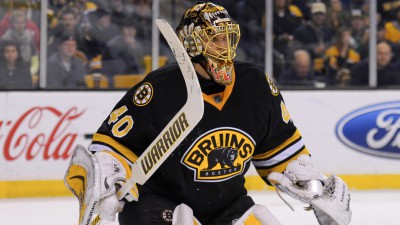