The New York Jets cornerback didn’t attend the New England Patriots’ Super Bowl ring party at owner Robert Kraft’s house Sunday, citing a “prior commitment long ago.” Revis wanted to send his mother, Diane Askew, in his place, but now it looks as though that didn’t happen either.

ESPN’s Rich Cimini reported Tuesday that the Patriots apparently told Askew on Saturday that Revis’ invitation was non-transferable and that she wouldn’t be allowed to attend the event, which was supposed to be players-only. Cimini added, however, that Askew wasn’t actually turned away at the door, contrary to reports.

It was unknown if Askew was aware of the invitation policy or if she was upset about being denied the chance to go, according to Cimini, but the Patriots didn’t know Revis was sending his mother on his behalf until Saturday and dealt with the situation then. Askew was able to pick up her son’s ring, though, from Patriots officials at Gillette Stadium on Monday.

While the whole situation seems like a reasonable misunderstanding, it only adds to the Patriots-Jets rivalry, as well as a pretty intense back-and-forth between Revis and New England this offseason. After the cornerback took his talents back to New York, the Patriots successfully filed a tampering charge against the Jets, costing them a $100,000 fine.

Revis also fired back at the Pats in an interview with the New York Daily News in May, saying the club has “a history of doing stuff” in regard to Deflategate.

Teenager Who Died, Came Back To Life Throws Out Astros’ First Pitch (Video) 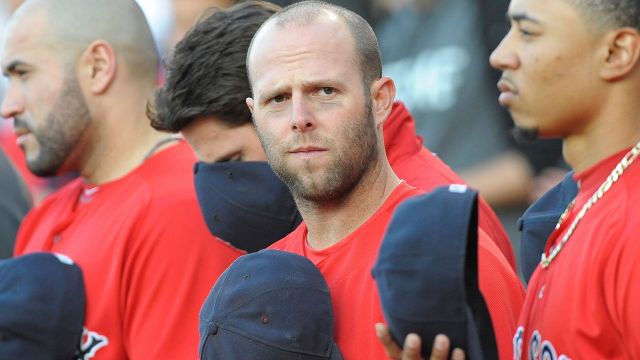