The Boston Bruins made 10 selections in the 2015 NHL Draft, their largest class since 2010. These picks will help the B’s replenish a prospect pool that needed depth after many of the best Providence Bruins players moved up to the NHL level over the last few years.

Boston also altered its roster with a few impactful trades, including the departures of defenseman Dougie Hamilton and left winger Milan Lucic. They made a splash in free agency, too, with the signing of Matt Beleskey to a five-year deal.

Ashley Allen and NESN.com Bruins beat writer Nick Goss discussed all of these topics and more in the latest Bruins/NHL podcast. 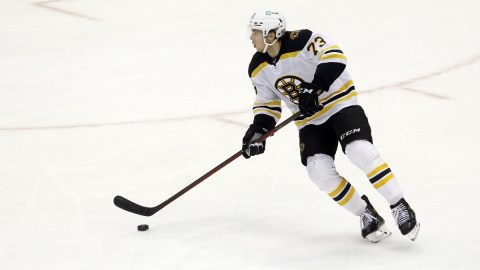