FOXBORO, Mass. — Michael Williams looks like a perfect fit for the New England Patriots’ hybrid tight end/offensive tackle position, but Bill Belichick isn’t about to spell out the newcomer’s role.

The Patriots head coach wouldn’t specify during Wednesday’s news conference whether Williams would be used at offensive tackle or tight end. The third-year pro played tight end in college at Alabama but moved to offensive tackle upon being drafted by the Detroit Lions in the seventh round of the 2013 NFL draft.

Here are Belichick’s responses to questions about Williams on Wednesday:

Q: You acquired T Michael Williams from the Lions today. What traits does he have that made you want to work with him?
BB: Big, athletic guy, played at Alabama — played tight end at Alabama, has played tackle primarily at Detroit. So, we like his makeup, like his skills and we?ll see how it fits. I don?t know.

Q: Do you see him playing both tight end and tackle?
BB: I don?t know. It depends on how he does.

Q: Is his size a factor? Is he up over 300 pounds now?
BB: It looked like it. It looked like it to me. Again, we?ll evaluate how he plays and teach him some things to do and see how it goes, but I don?t know.

Q: Did he mostly play right tackle in Detroit or did he play both sides?
BB: He played both sides in the two preseason games this year. One game was on the right and one was on the left. I?m trying to remember which one was which, but it?s been both.

Q: What are his receiving skills like? Was he a blocking tight end at Alabama?
BB: I thought he caught the ball well.

Q: Is he flexible?
BB: We?ll see. He played tight end at Alabama; he played tackle at Detroit. Call him whatever you want.

Williams was given No. 74 by the Patriots, and he’s listed on the roster as an offensive lineman. Williams wore No. 74 out to practice Wednesday, but after warmups, he threw on a No. 85 jersey and worked with tight ends, even running routes and catching a pass.

His size and athleticism indicate Williams would be best used as an offensive lineman, however. He’s 6-foot-6, 304 pounds, and he ran a 5.19-second 40-yard dash at his pro day two years ago when he was 26 pounds lighter. He broad jumped just 8 feet, had a 25 1/2-inch vertical leap, completed the 3-cone in 8.15 seconds and ran a 4.90-second short shuttle. Those are dismal numbers for a tight end and merely average for an offensive lineman. He caught 51 passes for 503 yards with seven touchdowns in four seasons and 40 starts at Alabama.

It appears the Patriots haven’t decided what position Williams will play yet, but he has just 10 days, and two preseason games, to prove he deserves a spot on the regular season roster, so they’ll have to decide soon. 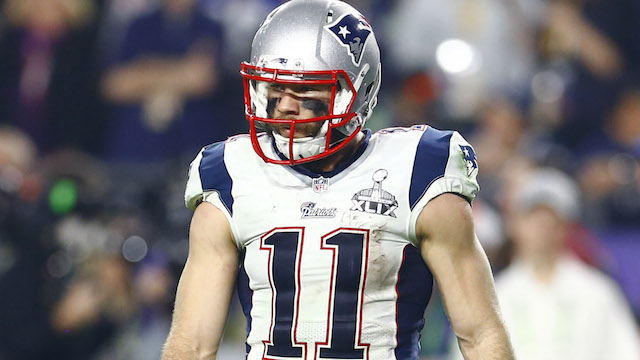 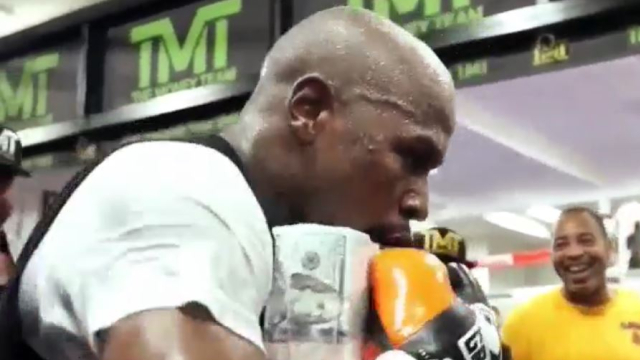