The New England Patriots’ plan to make up for any deficiencies in their secondary with an improved pass rush has worked to perfection so far.

The Patriots haven’t quite figured out who they want to start at cornerback yet, but Jacksonville Jaguars quarterback Blake Bortles completed just 17 of 33 passes in New England’s 51-17 win Sunday for 242 yards with two touchdowns and an interception.

Check out the Patriots’ advanced passing stats from Week 3:

— Butler looked like a No. 1 cornerback on 32 of Bortles’ 33 passing attempts. He allowed a 59-yard touchdown to Allen Hurns when he took a risk and went for his fourth pass breakup of the game. The play wouldn’t have gone for a touchdown if safety Duron Harmon didn’t whiff on an open-field tackle.

— Cornerback Tarell Brown was active but stood on the sideline without a helmet all game. That makes the Patriots’ decision to deactivate Bradley Fletcher even more glaring. Logan Ryan started at right cornerback, with Justin Coleman entering the game in nickel. Ryan slid over to the slot in those situations.

— Coleman held up well in his rookie debut despite allowing 57 yards. The Patriots look smart to sign him off the Seattle Seahawks’ practice squad so far.

— Collins isn’t even a full-time pass rusher but still led the team with five total pressures. Collins was a force as a pass rusher last year, as well, but this season he’s actually finishing plays with sacks. He’s currently on pace for 19 sacks, which is probably unattainable, but the third-year pro is living up to his potential in limited pass-rushing opportunities.

— Sheard has been even better than advertised this season and leads the Patriots in total pressures with 13 on the season.

— The Patriots have 13 sacks on the season now, which means they are on pace for 69. The record for a Bill Belichick-head coached defense is 48.

— Brady seems slightly more skittish when Cannon is on the field, but that just could be because he’s under more pressure.

— Of Brady’s nine incompletions, none were merely inaccurate passes.

— Four of Brady’s incompletions were due to strong plays by the Jaguars’ defense.

— Two of Brady’s incompletions were due to pressure given up by the Patriots’ offensive line.

— Two of Brady’s incompletions were drops.

— Gronkowski kept running on Brady’s first incompletion, while the pass went behind him like it should have been a back-shoulder route. 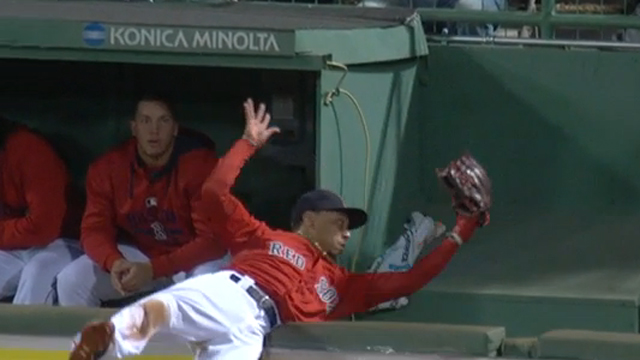 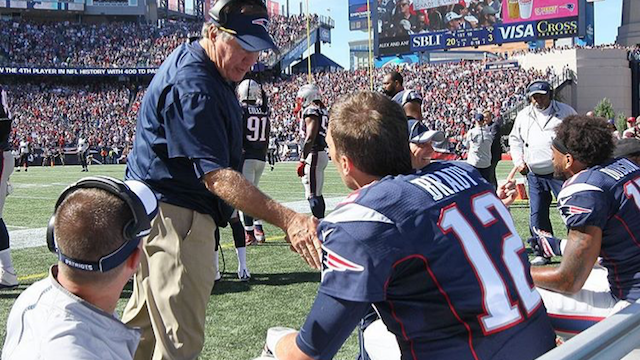