ORCHARD PARK, N.Y. — The headlines would be easy to predict had the New England Patriots lost to the Buffalo Bills on Sunday.

Many would wonder if the Patriots were losing their stranglehold on the AFC East. That wouldn’t be true, regardless of the game’s outcome, but the dominant road win proved without a shadow of a doubt that the Patriots still are the team to beat in their division and conference — despite their late-game struggles.

The talk of power shifting in the AFC East began this spring, when the Bills, Miami Dolphins and New York Jets “won” the offseason with highly acclaimed acquisitions. The AFC East went 4-0 in Week 1, further extending the storyline that the division race was becoming closer.

Sunday’s game was supposed to be a tough matchup for the Patriots, as the Super Bowl XLIX champions actually came into Ralph Wilson Stadium as underdogs. It seems Vegas might have overreacted to the Bills’ 27-14 Week 1 win over the defending “AFC Finalist” Indianapolis Colts.

The final score of the Week 2 matchup says the Patriots beat the Bills 40-32, but they dominated Sunday’s game for three quarters. By early in the fourth quarter, many wondered why the Patriots still were throwing the ball. Those classless Patriots obviously were trying to run up the score.

That it even came down to the Patriots nearly allowing a miracle comeback victory only shows how badly they demolished the Bills through three quarters. The Patriots led 37-13 to begin the fourth quarter, firing on all cylinders offensively and defensively before letting their foot off the gas defensively.

The pace of the game changed after Bills safety Aaron Williams had to be taken off the field in an ambulance following a neck injury near the end of the third quarter. (Williams is fine and has been released from the hospital, the Bills announced.) The Bills struggled on their next drive, taking three sacks, and many fans headed for the exits. The Bills found a new sense of urgency in the fourth quarter, however, as the Patriots became complacent with their 24-point lead.

The Patriots staved off defeat, thanks largely to a fourth-quarter drive that culminated in a 25-yard field goal and Logan Ryan’s dagger interception on the Bills’ final drive. The Patriots had delivered their message much earlier, however.

Tom Brady threw for 466 yards and three touchdowns while completing 38 of 59 passes. The Patriots sacked Bills quarterback Tyrod Taylor eight times and allowed 189 total yards through the air. Patriots tight end Rob Gronkowski broke free for 113 yards on seven catches, Julian Edelman put up a typical monster day (11 receptions for 97 yards and two TDs), and Dion Lewis remains the breakout star of the season. Even Aaron Dobson got in on the action with seven catches for 87 yards.

The Patriots didn’t have it easy to open their season, beating the Pittsburgh Steelers, who steamrolled the San Francisco 49ers 43-18 on Sunday. Then the Patriots faced the Bills in what essentially was Buffalo’s version of the Super Bowl. The Bills and their fans were fired up, but the plans to set a Guinness World Record for the loudest NFL stadium were stymied by Brady and Bill Belichick. Too many fans had left the stadium by the time the fourth quarter rolled around and the Bills were back in it.

Belichick had to love Sunday’s result, though. His team came away with a valuable road win against a division foe, and he’ll still get to light into his players for nearly giving away the game. The Patriots face a much easier schedule this season, and based on early returns, it appears it will be business as usual for a pissed-off team. 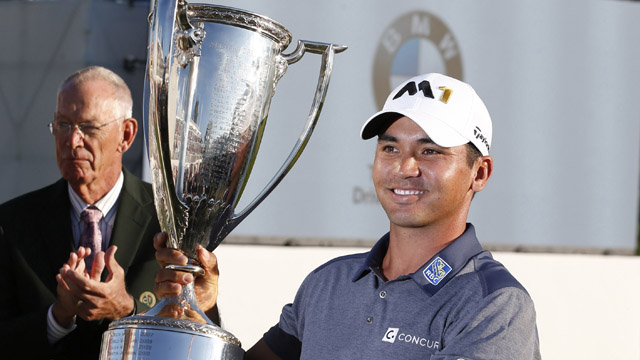 Jason Day Takes Over No. 1 Ranking After Cruising To BMW Championship Win 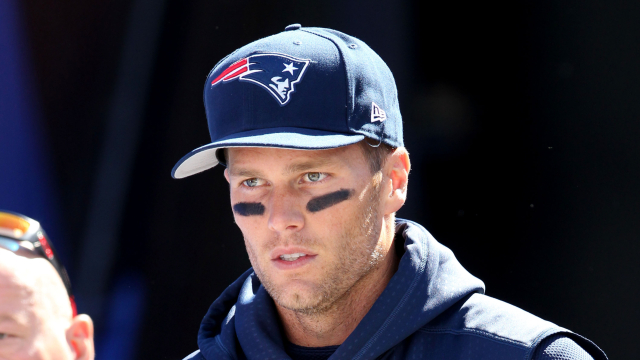