The New England Patriots are doing a tremendous job convincing themselves a real opponent is coming to Foxboro on Sunday.

The Patriots have talked up the big, young, hungry 1-1 Jacksonville Jaguars all week, but they absolutely know in their heart of hearts they could sleepwalk through the game and still win.

Patriots head coach Bill Belichick might as well have walked up to the podium this Wednesday and answered the first question about the Jaguars with, “We’re on to Indianapolis.” The Patriots will plow through the Jaguars, their bye week and the Tony Romo- and Dez Bryant-less Dallas Cowboys before their next (kind of) test: the Colts.

Let’s talk depth chart and the 2015 Patriots’ upside in this week’s mailbag:

@DougKyed dobson has had a nice role on offense it seems he is playing over amendola when lafell comes is there chance lafell plays slot
–@Willjeff43
The short answer is no. Brandon LaFell will play the “X” role when he comes off the PUP list, while Danny Amendola will stay in the slot.

— It’s unlikely Lewis continues to stay in the offense for 81 percent of snaps, but it’s notable how regularly he’s being used thus far.

— Amendola has lined up in the slot for 49 of his 51 routes run. That explains why he’s not playing in most two-receiver sets and why Dobson has surpassed him in snaps. It would be very difficult for the Patriots to play with Edelman and Amendola in two-receiver sets, since one of the undersized and shifty receivers would have to line up in the “X” role.

— Of the Patriots’ 41 running plays, four have been kneeldowns, accounting for 80 percent of Slater’s snaps.

@DougKyed do you think Lewis getting more snaps than Blount last week was game plan, or will it be like that going forward?
–@ToriGrignon
Blount’s snaps definitely will increase, but I still see Lewis getting the majority as long as he stays healthy and stops fumbling. The Patriots offense is built more for the passing game and for a smaller, shiftier running back. The Patriots’ offensive line is small and athletic with Bryan Stork out of the lineup, so they’re better built for zone blocking rather than the power run game. I think that’s also why we saw more of Shaq Mason than Tre’ Jackson on the offensive line last week.

It’s not that unusual for a Patriots receiving back to outpace the between-the-tackles runner, anyway. Shane Vereen received more snaps than Blount, Jonas Gray and Stevan Ridley combined last season, and in 2012, Vereen and Danny Woodhead outpaced Ridley and Bolden.

Lewis has Woodhead’s skill with Vereen’s versatility. He can run between the tackles and also line up split outside in the passing game. There could be some matchups when Blount receives more snaps and touches than Lewis, but I don’t see that being the norm moving forward.

@DougKyed think Easley will play?
–@kobus213
Since Dominique Easley has been practicing on his injured hip since Friday, I think he could, if necessary. But given his injury history, I’d hold him out through the bye week. There’s no reason to rush him back, and while there have been some issues filling that three-technique defensive tackle spot in the Patriots’ first two games, it’s more important to have Easley for, say, the Denver Broncos than it is against the Jaguars — no matter how much New England is talking up that 1-1 squad this week.

@DougKyed – Does Duron Harmon have the ability to turn invisible or is there a more plausible explanation why QBs can’t see him?
–@LukeTansley2
You could be on to something, Luke. I just rewatched Harmon’s six career interceptions — including playoffs — and there wasn’t a receiver within 10 yards of him on three, two came on great, rangy plays and one was off of a tipped pass.

Harmon’s first interception was by far the funniest, and I remember joking with him about it after the game, comparing it to a punt return.

Harmon has picked off Dolphins quarterback Ryan Tannehill and Steelers quarterback Ben Roethlisberger twice apiece. Of his six interceptions, four have come in the fourth quarter, and all of them have come when the Patriots were leading.

Harmon is essentially the Patriots’ version of Mariano Rivera and thus should be referred to as “The Closer” from here on out.

All joking aside, Harmon has showed off great hands while in coverage, and he adds a lot of value and versatility to the Patriots’ defense by being able to fill Devin McCourty’s free safety role.

@DougKyed The Pats have only played 2 games, but I feel like this team is a better version of the 2011 Patriots team. Agree or disagree?
–@fearthe_beard11
There are some similarities, though I’d argue the Patriots’ offense was slightly deeper that season.

The 2015 Patriots receivers are better (Edelman, LaFell and Amendola vs. Wes Welker, Deion Branch and Chad Ochocinco) and the tight ends are probably a wash, since the 2015 version of Gronkowski is better than the 2011 version. That other tight end who must not be named was better than Chandler, however.

This year’s running backs (Lewis, Blount, White, Bolden and Cadet) are similar in skill and experience to 2011’s (BenJarvus Green-Ellis, Danny Woodhead, Stevan Ridley, Kevin Faulk and Shane Vereen). The Patriots’ 2011 offensive line was much better than this year’s and really is the biggest difference between the two offenses. Brady is Brady, of course.

The biggest upgrade this year has come defensively. I can see the comparison between 2011 and 2015 because this year’s secondary isn’t as strong as last season’s, but the combination of Malcolm Butler, Tarell Brown, McCourty, Patrick Chung, Duron Harmon and either Bradley Fletcher or Logan Ryan is much better than what the Patriots had in 2011 with Kyle Arrington, McCourty at cornerback, James Ihedigbo, Chung playing out of position at free safety, Sergio Brown, Antwaun Molden, Sterling Moore, Nathan Jones, Leigh Bodden, Josh Barrett, Phillip Adams, Slater at safety, Edelman in the slot, Ras-I Dowling and Ross Ventrone — yikes.

The 2011 linebackers were pretty good, with Rob Ninkovich playing off the line alongside Jerod Mayo, Brandon Spikes, Dane Fletcher and Gary Guyton, but this year’s starters — Mayo, Dont’a Hightower and Jamie Collins — are the best 4-3 unit in the NFL.

This year’s pass rush is better — though Ninkovich, Andre Carter and Mark Anderson were a strong 1-2-3 punch — but the 2011 run defense has the edge, since Vince Wilfork is an upgrade over the Patriots’ current nose tackles.

The 2015 Patriots are certainly more well-rounded than the 2011 squad. Like in 2011, Gronkowski’s health likely will dictate how far the Patriots can go in the playoffs.

@DougKyed Can the pats go undefeated this year?
–@RuthlessJassa
They definitely can, because of an extremely easy schedule, but at some point they’ll likely drop a few games.

After two games, it appears the Patriots’ toughest remaining matchups are at the Colts, at the Broncos, then at the New York Jets and Miami Dolphins in Weeks 16 and 17.

I don’t see the Colts having much of a chance in that Week 6 matchup, and the Broncos game likely will depend on which team is going in with better health.

If the Patriots have clinched a playoff berth or seed by the end of the season, they could rest starters against the Jets or Dolphins. The Patriots also typically drop an unexpected game, so at this point, I’ll predict they’ll finish 13-3.

@DougKyed Thoughts on Seth Rollins’ title run as a whole? Needs to drop Cena angle in my opinion.
–@TheDTSB
I have no true complaints, because Seth Rollins is highly entertaining in both promos and matches. I think he’s a great heel, and he could even keep the belt and transition into being an enjoyable face, as well, because that will allow him to pull out his high-flying move set.

Rollins has been my favorite current wrestler since I first saw him in The Shield. He wasn’t the greatest talker at the time, but his work against the Wyatt Family and Evolution is legendary stuff.

I think the feud with John Cena is over for now, since a Rollins-Kane storyline appears to be on the horizon. Kane being back in the main event picture is kind of boring at this point, but that’s what’s so great about Rollins having the belt: I know the “Hell In A Cell” match will still be fun to watch.

My biggest complaint with the WWE right now is how Vince McMahon still seems to be presiding over every major creative decision within the company. McMahon is the greatest mind in pro wrestling history, but he’s 70 years old, and there are a lot of talented performers who likely would be even more entertaining if they were given more freedom with their characters.

I’d also like to take a minute to complain about Chris Jericho being Roman Reigns and Dean Ambrose’s mystery partner at “Night of Champions.” You can’t hype something like that up and then drop such a boring dud. Don’t get me wrong, I like Jericho, but what’s the point of having him join Reigns and Ambrose on Sunday night just to have Randy Orton re-join them on “Raw”?

Oh well, I can’t really watch wrestling full time again until the Royal Rumble and WrestleMania season starts up and football season dies down, so the WWE can do whatever it wants for the next four months. 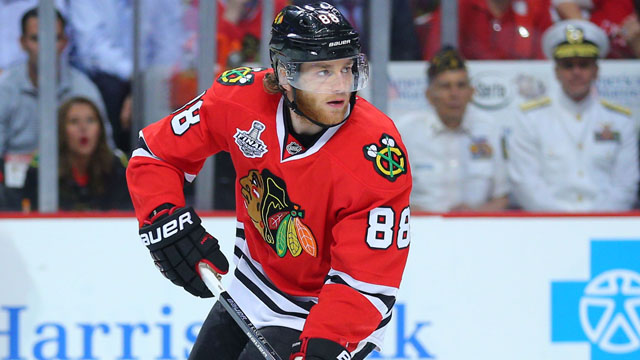 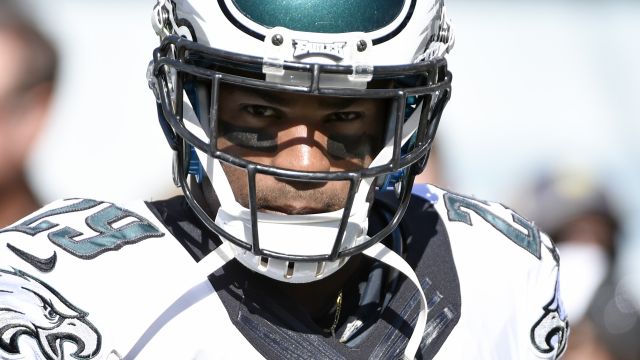