The Patriots quarterback was sacked five times in the first half of the 30-6 win after his offensive line had allowed just six sacks coming into the game.

It was no surprise to anyone who’s watched Brady throughout his career to see him peel off the turf and keep firing, however.

“He’s one of the toughest players in the league,” Bill Belichick said.

Brady completed 20 of 27 passes for 275 yards with two touchdowns. He’s completed 72.5 percent of his passes on the season for 1,387 yards with 11 touchdowns and no interceptions. He wasn’t sacked a single time in the second half as the Patriots made adjustments.

“It’s a good front,” Brady said about the Cowboys. “They’ve got big team speed. I was probably holding the ball a bit long on some of the plays. The offensive line, I think they did a great job. I see some adjustments in different things. Four games into the year, you can’t practice everything. All we can do is make the adjustments and hope we do better next week.”

The Cowboys were forcing Brady to hold the ball longer, leading to sacks, in the first half when they deployed a new defensive alignment, dropping more players into coverage.

“Defensively, they gave us a look that we really hadn’t seen them do before,” Belichick said. “They played a lot of the game in the dime defense, kind of a 3-2 look with McClain and Lee in the middle. I thought Josh (McDaniels) and the offensive staff did a good job, and the players, making some in-game adjustments to deal with the look they gave us there.”

The Patriots had no issue moving the ball after a sluggish first quarter. Brady also was aided by some big runs after the catch from Edelman and tight end Rob Gronkowski. 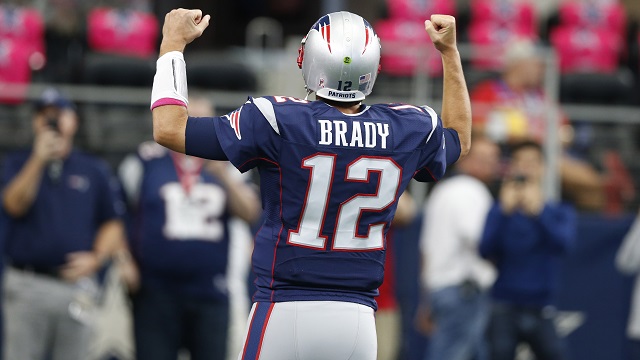 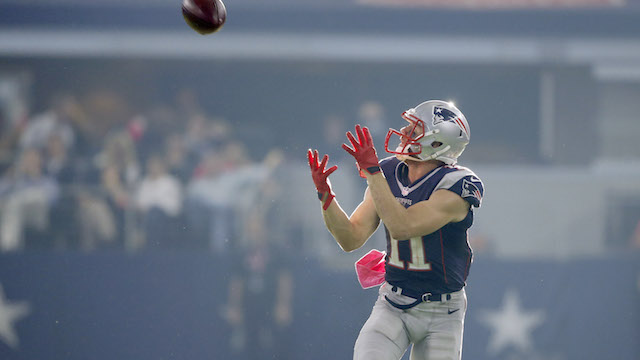 Julian Edelman: ‘Awesome To See All The Patriots Fans’ At AT&T Stadium