BOSTON — Jack Eichel couldn’t help but give a big smile as he celebrated the Buffalo Sabres’ 6-3 comeback victory over his hometown Boston Bruins.

The No. 2 pick in the 2015 NHL Draft played an important part in the Sabres overcoming a 3-1 third-period deficit with his first four-point game as a pro, much to the delight of many friends and family cheering him on from a TD Garden suite.

“I was a little bit nervous jumping on the ice for warmup,” Eichel said after Saturday night’s win. “Just an exciting game throughout. I made some mistakes, but at the end of the day, it’s a huge win, and it’s a super-nice way to start this next segment for us. Just exciting to get the win in the fashion we did in front of so many friends and family.”

Eichel’s first goal tied the score at 3 after Sabres forward Ryan O’Reilly had trimmed the deficit to one with a goal just 39 seconds earlier. The rookie center saw linemate Evander Kane going to the net and tried to feed him the puck, but instead, it deflected off Bruins defenseman Kevan Miller’s skate and past goaltender Jonas Gustavsson.

“I just saw Kaner in the back door and the goalie kind of overcommit to me on the side, so I tried to go back across the crease to him, and (got) a good bounce,” Eichel said.

Eichel sealed Buffalo’s fate with an empty-net goal at 18:54 of the third period. Bruins center David Krejci tried to bank a pass off the boards, but Eichel made a nice defensive play to steal the puck, then confidently snapped a 155-foot shot that nailed the empty net for a 5-3 advantage.

Eichel, who admitted he was thinking about a hat trick when Boston left its net empty after his second goal, added another assist on the Sabres’ sixth tally for the fourth multi-point game of his young career.

“You go down two goals in the third period, and Boston’s a good team — they protect their leads well,” Eichel said. “It’s a huge goal for us by (Ryan O’Reilly), and then we were able to get another one and tie it up. Jamie (McGinn) gets a huge goal on the forecheck, and that’s something we’ve worked a lot on.

Eichel’s two tallies ended a seven-game goal-less drought, his longest of the campaign. The North Chelmsford, Mass., native has been a bit inconsistent as a rookie, but that’s to be expected of a 19-year-old who’s under immense pressure to be a franchise savior from Day 1.

Eichel said Saturday morning that his biggest adjustment from college to the pros has been the schedule, and he’s already five games away from reaching the 40 regular-season games he played for Boston University last season. Some recent time off helped him recharge for a tough second half of Buffalo’s season.

“We’ve had this break, the six-day break, and I think we’ve seen him come back a little more energized and with a little more jump in his step,” Sabres head coach Dan Bylsma said. “He’s an excellent, dynamic player, and that’s what he’s got to be for us night in and night out.” 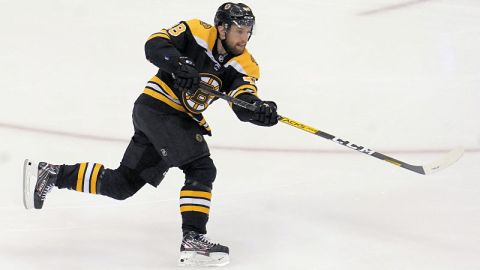 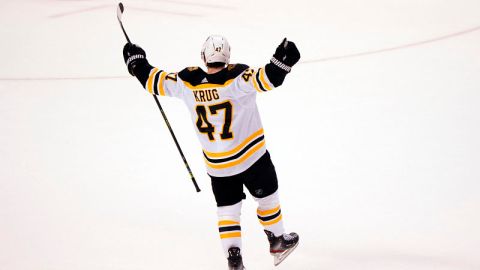