You don’t have to go far to find a late-night fight (or two) in the streets of Boston shortly after closing time. Just ask Jahlil Okafor.

The Philadelphia 76ers big man had himself a busy night on Thanksgiving Eve, as he was involved in not one but two altercations.

We already knew about Okafor’s first Beantown brawl, which TMZ Sports exposed last week. On Wednesday, though, TMZ Sports released a second fight video. In fact, it comes from the same street as the first spat, just moments later.

As was the case in the first video, it doesn’t paint a pretty picture for Okafor, who is in the middle of things and throwing hands.

See the fight below, which does feature some beeped-out NSFW language.

According to TMZ Sports, the fight occurred right down the street from the first altercation. The report also quotes a witness who claims it was Okafor who “hit the guy with a haymaker.”

Apparently that’s the guy who can be seen at the end of the video laying in the streets. Boston police decided not to investigate after the first video surfaced, although a police report was filed by the alleged victim. Additionally, TMZ Sports reported Boston police are investigating the new incident and charges likely will be filed.

Okafor is just a rookie, but he already has a growing list of eye-raising incidents. In addition to the two fights, the big man also reportedly was pulled over for driving 108 mph in Philadelphia. 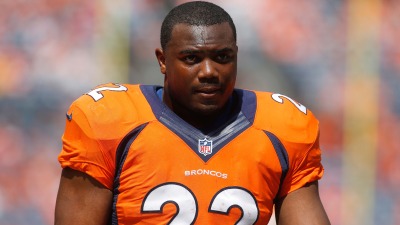