The world revolves around the New England Patriots, for better or worse, and a double standard might or might not exist, depending on who you believe.

We were reminded of this again over the weekend with the release of an Al Jazeera documentary claiming Peyton Manning received HGH in 2011 while recovering from multiple neck surgeries. The story, at its core, had nothing to do with the Patriots, yet New England seemed to be the epicenter of the controversy, with some immediately trashing Manning and others questioning why the Denver Broncos quarterback was being given the benefit of the doubt by so many national media pundits.

Call it ?Deflategate hysteria,? a descendant of ?Spygate hysteria,? both of which are enough to drive even the most level-headed Patriots fans into a blind rage. Virtually every NFL scandal from now until the end of time will be compared to those involving the Patriots, especially when Tom Brady?s most notable counterpart is slid under the microscope. For the NFL and certain media entities (most notably, ESPN), it?s a self-inflicted reality.

Look, who the heck knows if Manning did anything wrong? And frankly, who the heck cares? Maybe you take HGH allegations seriously, but some of us have little interest in such suspicions — even less interest when they involve a washed-up 39-year-old quarterback four or five years after the fact — and would just as soon sweep them under the rug for sanity?s sake.

The problem is the delirium over Deflategate — something that should have been a minor issue — was so widespread, so intense and so absolutely absurd that turning a blind eye on any topic at this point won?t fly, particularly in the minds of Patriots fans.

The logic: If NFL insiders were so quick to critique Brady and the Patriots in the immediate aftermath of Deflategate, why should Manning receive a free pass? Exonerating Manning without at least digging deeper into the situation is hypocritical, no?

Obviously, comparing scandals — the transgressions and whatever punishment ensues — is a dumb exercise. Bountygate wasn?t Spygate. Deflategate wasn?t Bountygate. And it should go without saying that each domestic violence incident is its own entity and not something to be lumped under one umbrella. But comparing the coverage of certain scandals isn?t totally outlandish, because doing so seemingly brings to light some preconceived notions.

In other words, the Patriots had a target on their backs after Spygate, so when Deflategate broke, it was open season, especially if media outlets were going to be fed information — or misinformation — from executives, owners or whoever else had a hair across his or her behind about the supposed shadiness that goes on in Foxboro.

Manning, on the other hand, has a more tranquil reputation, with much of it rooted in how he conducts himself off the field. He?s a media darling who’s close to big networks. Of course, the Chris Mortensens of the world inherently will rush to his defense armed with far less motivation to find anything damning.

None of this is to suggest Manning is guilty of anything — the other characters in the current controversy seem far shadier than the fun-loving, Papa John?s-wielding, chicken parm-eating QB — or that everyone should or shouldn?t kick up a fuss in response to the HGH hullabaloo. But there has been a noticeable difference in how the Manning drama has unfolded — downplayed, not highlighted — since the Al Jazeera report surfaced Saturday night versus how all things Deflategate went down starting in January.

Maybe it?s wrong. Maybe it?s just life. Either way, the world will keep spinning: Patriots supporters on one side and everyone else on the other. 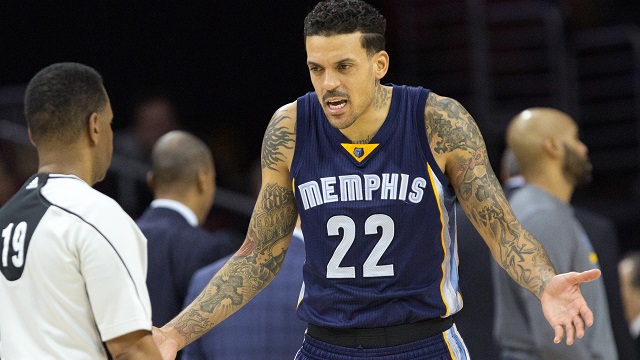