Report: NFL Pulls Out Of Funding For Concussion Study Over Lead Researcher - NESN.com Skip to content

The National Football League could be destined for another public relations black eye.

ESPN’s “Outside the Lines” reported Tuesday that the NFL has backed out of a seven-year, $16 million study on the potential relationship between football and brain disease.

The NFL helped fund the project with a $30 million research grant given to the National Institutes of Health in 2012. ESPN points out the NFL has long contended it doesn’t have any say in how that fund is spent. Additionally, ESPN cites an NIH official who said the NFL does indeed have veto power over projects, despite the fact the $30 million fund originally was billed as having “no strings attached.”

However, the NFL wanted out of this study, sources told ESPN. The reason, according to the ESPN report, is because the NIH gave the project to a Boston University researcher who’s been critical of the NFL in the past. The NFL reportedly backed out of the funding after learning that Boston University professor of neurology and neurosurgery Robert Stern was leading the project. According to ESPN’s sources, the NFL had issues with Stern’s objectivity, even though Stern reportedly went through a strict vetting process.

Stern once said NFL commissioner Roger Goodell inherited a “cover-up,” from former NFL commissioner Paul Tagliabue. He also, as ESPN points out, opposed the NFL’s 2014 settlement with thousands of former players who accused the league of hiding the link between football and head injuries.

The NFL wasted virtually no time refuting the ESPN report, as NFL PR representative Brian McCarthy tweeted this shortly after the report was released.

ESPN story is not accurate. NFL did not pull any funding. NIH makes its own decisions.

ESPN barely got any comment from the NFL for the story, other than an email stating, “The NIH makes its own funding decisions.”

Click to read the ESPN “Outside the Lines” report >> 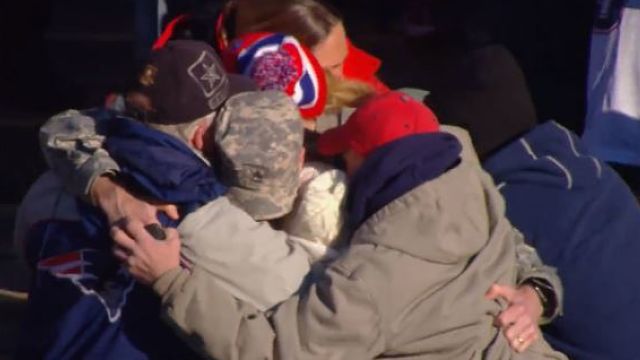