UPDATE (5:25 p.m. ET): The Boston Bruins announced Thursday they have activated center David Krejci off injured reserve after a 10-game absence. In a corresponding move, the team assigned winger Frank Vatrano to the American Hockey League, ending the first NHL stint of the 21-year-old’s career.

Vatrano played in 30 games for the Bruins, recording six goals and one assist.

Krejci will be in the lineup Thursday night against the Vancouver Canucks, Bruins president Cam Neely confirmed in an interview with 98.5 The Sports Hub’s “Felger & Massarotti.”

ORIGINAL STORY: BOSTON — The Bruins could have one of their best players back in the lineup Thursday as they host the Vancouver Canucks at TD Garden.

Center David Krejci has missed the last 10 games with an upper body injury, but he recently returned to practice and was on the ice Thursday morning for Boston’s optional skate. Head coach Claude Julien said the decision on whether Krejci will play against Vancouver will be made at some point before puck drop.

Krejci called Thursday’s skate “another step forward” in his recovery but did not go as far as saying he’s back to full strength.

“I love to be back, but injuries are something you don’t want to mess around with,” said Krejci, who has 11 goals and 32. “So, I guess I’ve got to go talk to the trainers and see how it goes.”

The Bruins have won five of the 10 games they’ve played without Krejci, including each of their last three. Ryan Spooner has impressed since assuming Krejci’s role on Boston’s second line, tallying two goals and nine assists over that 10-game span.

Forward Landon Ferraro also skated Thursday morning after missing the Bruins’ last game with a lower body injury. His status for Thursday’s game also remains up in the air, per Julien.

“I’m doing good,” Ferraro said. “I feel good. Everything went good (Thursday) morning, so we’ll see how it is for (Thursday night) and see what Claude decides.”

The Bruins are eyeing a season sweep of their 2011 Stanley Cup Final opponents after winning 4-0 last month in Vancouver. Assuming Krejci does play, here are what the lines and pairings might look like: 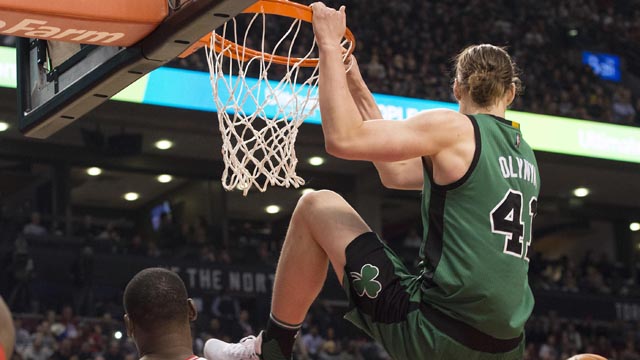 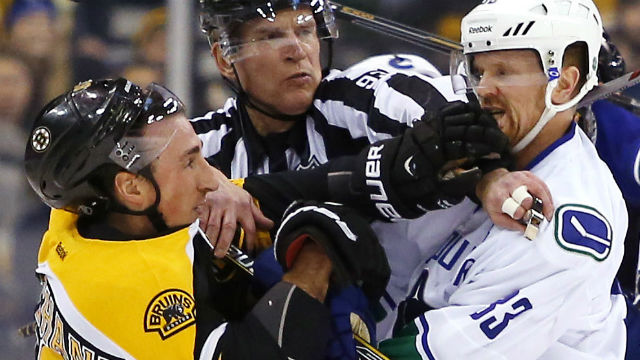