Thomas was targeted 13 times in the Denver Broncos’ regular season win over the New England Patriots and caught one pass (!) for 36 yards. Brock Osweiler had a 7.5 passer rating targeting Thomas.

The Patriots didn’t do anything crazy to defend Thomas, mostly staying in Cover-3 zone while also showing man-coverage looks. Logan Ryan lined up across from Thomas for the majority of snaps and would pass him off to other defenders occasionally in zone.

Ryan, who had some struggles to finish the season, played a great game against Thomas. He had four pass breakups and was able to stay with the big wideout throughout the game. He lost a jump ball on the only reception he allowed to Thomas, who had 105 catches for 1,304 yards this season despite poor play from his quarterbacks.

Osweiler started Week 12 for the Broncos, but he’ll be resigned to the bench to start the game Sunday when Denver plays the Patriots in the AFC Championship Game with Peyton Manning at quarterback.

Thomas likely will fare better in his second matchup this season with the Patriots (not sure he could be worse), but Ryan certainly had his number and could have a nice bounce-back game after allowing nearly 100 yards in the divisional round of the playoffs.

Let’s break down how the Patriots shut down Thomas in Week 12.

— Ryan was physical at the line of scrimmage at the top of the screen and had solid coverage. Osweiler likely could have hit Thomas if he hadn’t overthrown the big receiver. Free safety Duron Harmon had his eye on Thomas off the line, as well.

— Ryan was physical at the line again with Thomas, again at the top of the screen split out wide, and passed off Thomas to safety Patrick Chung. Osweiler’s pass was deflected by Patriots defensive end Jabaal Sheard and intercepted by Chandler Jones.

— Thomas, lining up just off the right end of the offensive line, found a hole in the Patriots’ Cover-3 zone, but Osweiler’s pass was slightly off target and it clanged off the receiver’s hands.

— The Patriots were in a Cover-3 again with Thomas split out wide left. Osweiler could have hit Thomas for a first down, despite solid coverage and reaction time by Ryan, but the pass was high.

— The Patriots dropped into a Cover-3 again with Ryan covering Thomas at the line at the top of the screen. Osweiler’s pass was on target, but Ryan broke it up.

— Sheard, Jones and linebacker Jonathan Freeny forced an incompletion by pressuring Osweiler. Thomas was open with the Patriots in off-man coverage.

— Ryan was physical at the line of scrimmage at the top of the screen and stuck with Thomas, knocking the receiver’s arm as the pass was coming in, forcing the incompletion.

— Ryan passed off Thomas, who lined up to the right and ran a shallow cross, as the Patriots dropped into a Cover 3. Osweiler’s pass fell behind Thomas.

— Ryan had Thomas, at the bottom of the screen, blanketed in man coverage and knocked the ball away. Osweiler had to rush his throw with linebacker Jerod Mayo rushing up the middle.

— Ryan had Thomas well-covered in the right slot, and Osweiler’s throw sailed past his intended receiver.

— Ryan recorded his fourth pass breakup of the game over Thomas, this one coming from behind the big wideout at the top of the screen.

— Again lined up at the top of the screen, Ryan stayed with Thomas well but the big receiver out-jumped him for his lone reception of the night, a 36-yarder.

— The Patriots dropped into a Cover-3, with Ryan passing off Thomas, who just dropped Osweiler’s pass at the bottom of the screen. 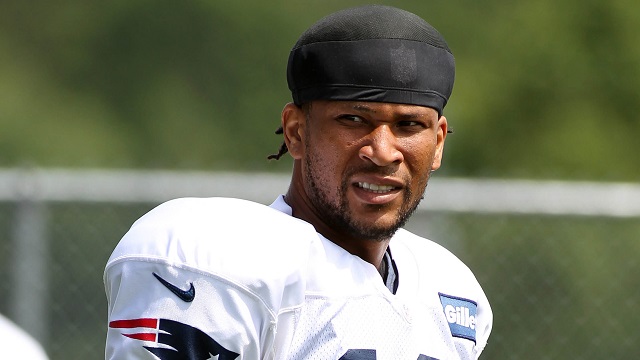 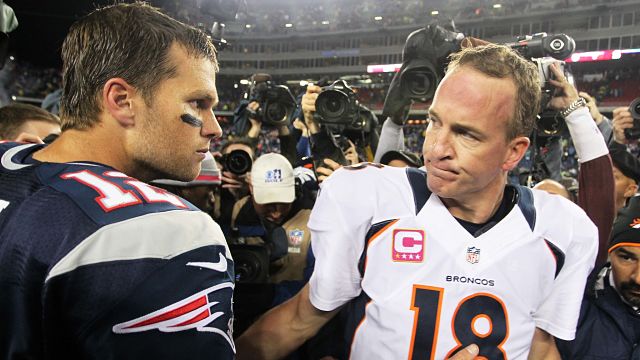