Allegations of widespread match-fixing in men’s tennis have overshadowed the Australian Open, and the No. 1 men’s player says he has evidence the reports are true.

BBC and BuzzFeed obtained documents this week connecting 16 core players, all of whom were ranked in the top 50 at one point or another, with match-fixing since 2007. And Novak Djokovic says he was offered $200,000 to throw a match that same year.

“I was approached through people that were working with me at that time,” Djokovic told reporters Monday, per ESPN.com. “It made me feel terrible because I don’t want to be anyhow linked to this kind of — you know, somebody may call it an opportunity. For me, that’s an act of unsportsmanship, a crime in sport honestly. I don’t support it. I think there is no room for it in any sport, especially in tennis.”

BuzzFeed and the BBC declined to name the 16 players, as they couldn’t prove any direct connection to possible betting. But both news outlets did say authorities in tennis were notified of the problem and chose to ignore it, something world No. 3 Roger Federer hopes won’t happen in the future.

“I would love to hear names,” Federer said, according to ESPN.com. “Then at least it’s concrete stuff and you can actually debate about it. Was it the player? Was it the support team? Who was it? Was it before? Was it a doubles player, a singles player? Which slam? It’s so all over the place. It’s nonsense to answer something that is pure speculation. Like I said, it’s super serious and it’s super important to maintain the integrity of our sport. So how high up does it go?” 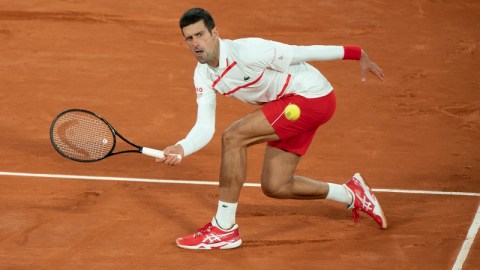