The most important bit of news to come out of the presser was, obviously, that Julien will be returning for a 10th season behind the Bruins’ bench. But Julien’s job status wasn’t the only topic discussed.

— While Julien will be back next season, his full coaching staff will not be. Assistant coach Doug Houda will not be retained, Sweeney announced, and the status of fellow assistants Doug Jarvis and Joe Sacco is unclear, as both of their contracts have expired.

Goalie coach Bob Essensa, meanwhile, is under contract for next season and will be back, per Sweeney.

— With changes surely coming to the Bruins’ roster this summer, Sweeney was asked whether he considers any of the team’s current players “untouchable.” He said he does but mentioned only center Patrice Bergeron by name.

As for goaltender Tuukka Rask?

“It would absolutely depend,” Sweeney said. “I think Tuukka Rask is an excellent goaltender.

“Do I think he came out of the gate this year a little slower than we would have liked? Yeah. Do I think he finished up being sick in two times that weren’t opportune? Yeah. That’s not necessarily Tuukka’s fault. Do I think we had areas where we broke down a little bit defensively with newer players? Yep. But he’d be the first to sit up here and tell you that he would have liked to have made a couple of those saves at key, opportune times. …

“And I like that about Tuukka. He’s driven to win. And he has been part of a winning organization, (as well as) his Olympic experience. We believe he’s a damn good goaltender, and I’m not inclined to be giving that away.”

— Sweeney touched on the health status of center David Krejci, who revealed Monday he will undergo offseason hip surgery, as well as winger Matt Beleskey and defenseman Torey Krug.

“There’s a couple of other players that are being evaluated,” Sweeney said. “Matty Beleskey had a hand injury that he’s taking care of. Torey has a shoulder that we’re continuing to evaluate. There’s a possibility (of surgery) there, as well — a strong possibility. We’ve got Chris Kelly, who hopefully sometime in May gets a clean bill of health (after breaking his femur in November). There’s a lot of bumps and bruises, but those are the most important things at this point in time, surgically.”

— Sweeney did not offer much insight into which unrestricted free agents the team hopes to bring back, though he did say he would like to find “common ground” on a new deal with defenseman Kevan Miller. He also said buyouts could be a possibility.

— Speaking of free agents, winger Loui Eriksson is set to hit the open market July 1 after the Bruins failed to re-sign him before the NHL trade deadline yet made the surprising decision not to move him.

Eriksson is sure to receive a bevy of offers this summer, meaning it’ll likely be exceedingly difficult for the Bruins to bring him back at anything resembling an affordable price. Yet Sweeney said he does not regret the way he approached the deadline, despite it not resulting in a playoff berth for the Bruins.

“No,” he said. “As a matter of fact, I don’t. I said at the time, I felt this group, inconsistencies were there, and we weren’t a complete team, per se. But we were well-positioned to be in the playoffs. Loui was having a fantastic year — had a fantastic year — was a big part of our success to that point. I’ve never discussed what (offers) may or may not have been thrown our way. There’s been a heck of a lot of speculation in that regard, but they’re not getting it from me.”

Sweeney later added: “Had we had other conversations around the league? Yeah, we had, in terms of a bigger deal, a smaller deal. But in the context of Loui, I’ve been clearly in favor of trying to re-sign Loui Eriksson. Whether or not that materializes still remains to be seen.”

— A question relating to the chances forward Danton Heinen, who signed an entry-level contract with the Bruins earlier this week and has since reported to Providence, has of earning a roster spot next season produced an interesting response that gave some insight into Sweeney’s thoughts on player development. 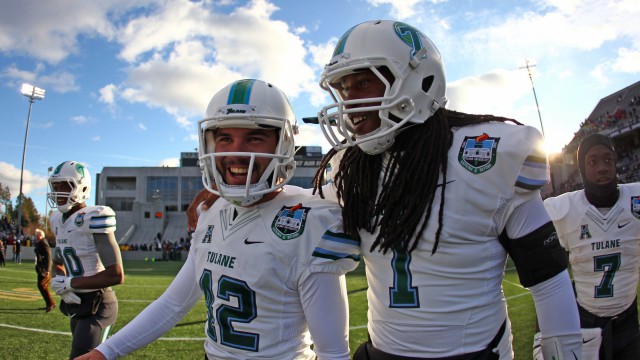 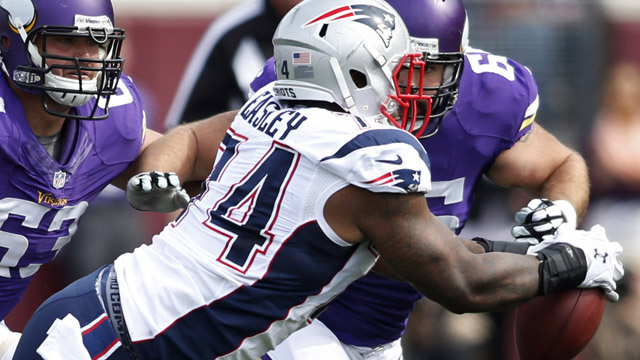