New England Patriots fans have grand plans every offseason for the NFL Draft.

They think the Patriots will go pick by pick, selecting their biggest needs off the top of NFL Network’s or ESPN’s draft rankings and receive a consensus “A” from every national analyst.

It never turns out that way, and by the end of Day 2, Patriots fans get their only chance of the year to incessantly complain as if they’re from Cleveland rather than New England.

This year’s draft was much like any Patriots class. They started out with a well-known commodity, appeared to reach on a few picks, kicked off Day 3 with a bang then grabbed more players that had reporters and analysts digging for any and all information. I asked a scout from another NFL team what he thought of the Patriots’ draft. His response: “A lot of (New England) types.”

Here are more notes from our conversation:

— Nebraska defensive tackle Vincent Valentine could have the best value out of the class. Valentine was a surprise third-round selection after receiving seventh-round grades from media draft analysts, but he was much more highly regarded by league evaluators. The 6-foot-4, 329-pound defender declared for the draft after his junior season and has “rare playing strength.” Valentine shined at the NFL Scouting Combine with a 5.19-second 40-yard dash, 9-foot, 2-inch broad jump, 4.59-second short shuttle and 29-inch vertical leap. He “has length to effortlessly press and shed” and “can play with violence.” Valentine’s issue is his consistency, and he doesn’t always seem to give 100 percent effort, which should be fixed quickly by New England’s coaching staff. Valentine could be a solid pass rusher with some coaching.

— Georgia’s Malcolm Mitchell was compared to Patriots Hall of Fame receiver Troy Brown because of his ability to play wideout, cornerback and special teams. The scout believes Mitchell, who was selected in the fourth round, could switch to defensive back if he doesn’t work out at wide receiver for one reason or another. The Seattle Seahawks, Jacksonville Jaguars and other teams liked Mitchell at cornerback over wide receiver. His issue: “knees are paper-clipped on.” Mitchell tore his ACL before the 2013 season and had injury issues in 2014. He bounced back to be the Bulldogs’ top receiver in 2015.

— Alabama cornerback Cyrus Jones was popular in the pre-draft process before the Patriots selected him in the second round. He had many visits and workouts with other teams. He was described as a “smart kid” who could be a core special-teamer and returner. He “plays with high awareness” and “uses his feet to cover and not his hands.” That’s a good thing, by the way. “Too many guys grab.” Jones is “confident on an island” and can play on all special-teams coverage units. He wasn’t described as a “game-breaking” player on returns but “will get a first down with each return.” Jones had four touchdowns on punt returns in 2015 with the Crimson Tide.

— The scout was unsure if North Carolina State offensive lineman Joe Thuney, selected in the third round by the Patriots, could play offensive tackle. Thuney played tackle as a senior but has just 32 1/4-inch arms. Thuney is projected better in a zone-blocking scheme than power. He has “low play strength” but an “‘A’ for football and personal character.”

— The scout said the Seahawks were probably “furious” when the Patriots selected Eastern Illinois safety/linebacker Kamu Grugier-Hill in the sixth round, because he fits Seattle’s typical athletic profile. Grugier-Hill played linebacker at Eastern Illinois but could project at strong safety or in a hybrid role with the Patriots. He ran a 4.45-second 40-yard dash with a 1.52-second 10-yard split, 6.89-second 3-cone, 4.20-second short shuttle, 38.5-inch vertical leap and 10-foot, 9-inch broad jump at 6-foot-2, 208 pounds at his pro day in March. 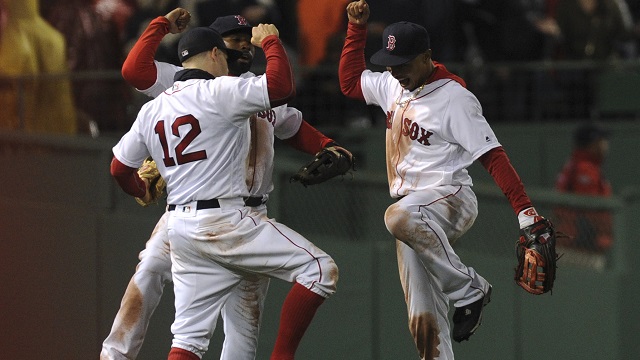 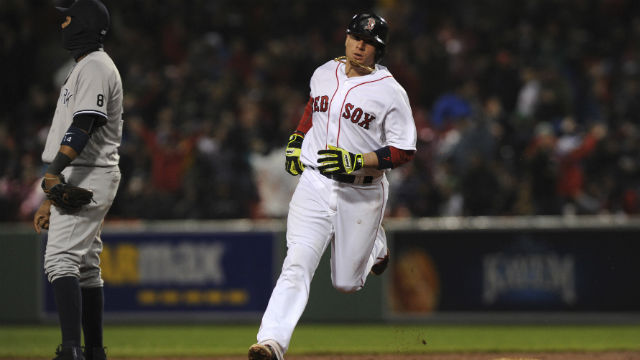