?I don?t think anything really changed,” McDaniels said Tuesday in a conference call with reporters. “When we go in there, I try to coach all the quarterbacks that are in the room the same. They?re all expected to know the information and be able to go out there and execute it, and it?s my job to teach them whatever their role is and whatever their responsibility is on each play.

“Whether it has been those guys (Jimmy Garoppolo and Jacoby Brissett) or a different group in the past — two of them this year, three of them this year — whatever the group is, it doesn?t change the dynamic at all. I?m teaching, they?re learning and listening, and we?re trying to go out there and play quarterback the best we can and do whatever?s asked of us at that position this week.

“So, it really wasn?t any change. Just two guys instead of three preparing hard for the game and doing everything they could to get ready. And hopefully we?re going to do that every week going forward.”

Garoppolo, who is serving as the Patriots’ interim starter in Brady’s absence, put forth a strong performance Sunday night against the Arizona Cardinals, completing 24 of 33 passes for 264 yards and a touchdown in a 23-21 victory. It was Garoppolo’s first NFL start after two seasons as Brady’s understudy.

?Jimmy took his preparation and tried to apply it to the field as best he can,” McDaniels said. “That?s what his goal is each week, and I thought he did a nice job of that. And look, any player that?s on the field, we have confidence in him to be able to perform and execute their job and their assignment under pressure.

“I thought he made some critical plays for us, no question about it. And those are things you need to do to win in this league. So, we have a lot of confidence in him.” 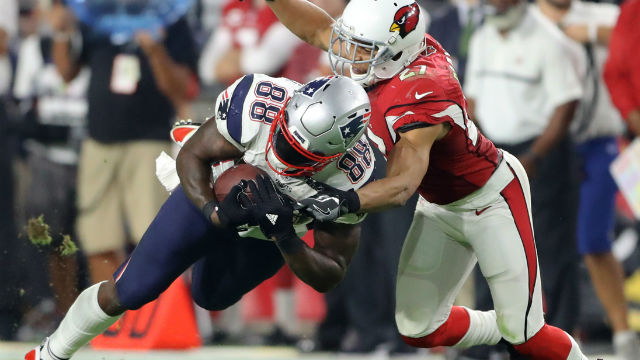