The New England Patriots drove to the San Francisco 49ers’ 2-yard line in the game’s final minute but chose to take a knee rather than trying for a fifth touchdown, putting the finishing touches on their eighth victory of the season.

Tom Brady threw four touchdown passes to lead the Patriots in his Bay Area homecoming. Patriots rookie wide receiver Malcolm Mitchell caught four passes for a career-high 98 yards and a touchdown, and running back LeGarrette Blount went over 100 yards rushing for the fourth time this season, finishing with 124 on 19 carries.

Next up for the Patriots is a trip to East Rutherford, where they’ll take on the New York Jets next Sunday afternoon.

Fourth quarter, 2:01, Patriots 30-17: Shaun Draughn capped a 12-play, 80-yard drive with San Francisco’s first touchdown of the second half. The Patriots recovered the ensuing onside kick, though, and should be able to bleed most of the time remaining on the clock with a first down or two. — Z.C.

Fourth quarter, 9:15, Patriots 27-10: The 49ers stumbled through yet another three-and-out, managing just 1 yard before punting the ball back to Tom Brady. — Z.C.

The Patriots rookie receiver hauled in the first touchdown pass of his NFL career — on another superb throw by Tom Brady — to bust this game wide open.

TB12 tosses his FOURTH TD of the day. #NEvsSF https://t.co/ETOSmidJQv

Fourth quarter, 12:01, Patriots 20-10: San Francisco’s offense has looked completely punchless in this second half. The 49ers have managed a grand total of 1 yard over their last two drives and have punted on five consecutive possessions. — Z.C.

Fourth quarter, 13:57, Patriots 20-10: Nothing doing on offense for the Niners, who punted it back to the Patriots after managing just four yards on three plays. — Z.C.

New England’s latest drive featured a 14-yard pass to James White, a 13-yard pass to Julian Edelman, a 14-yard pass to Martellus Bennett (the tight end’s first catch of the day) and 8- and 21-yard passes to Malcolm Mitchell. Brady, who showed elite pocket awareness throughout the series, capped it with a phenomenal 5-yard touchdown pass to Danny Amendola.

That was a huge score for the Patriots, who’d looked lost offensively since before the half. — Zack Cox

Third quarter, 4:16, Patriots 13-10: The Patriots let up two first downs and forced a punt. That’s about all there is to say about that 49ers drive.

The Patriots picked up 15 yards and were gifted 20 more off penalties. Brandon King failed to down the punt by the goal line, so the 49ers have the ball on the 20 after the touchback.

Third quarter, 10:46, Patriots 13-10: The Patriots forced a punt after allowing just one first down. Cornerback Logan Ryan ended the drive with a pass breakup.

Trainers are looking at Matthew Slater’s left foot or ankle on the sideline after removing his cleat.

Third quarter, 13:28, Patriots 13-10: The Patriots went into the half lethargic and came out of it just as lethargic, going three-and-out on a run for no gain, a deep incompletion to Julian Edelman and an 8-yard dumpoff to James White.

The 49ers have the ball on their own 20-yard line.

End half, Patriots 13-10: The Patriots finished the half with a strange drive in pouring rain. They killed a minute off the clock with three straight handoffs before a screen pass for no gain. Dion Lewis then picked up another first down on a draw, Brady scrambled for 3 yards and then threw to Edelman for 5 yards in the middle of the field. After clocking the ball, Brady dumped it off to James White for a 24-yard pickup to end the second quarter.

The Patriots lead by three and will get the ball back after the half.

Second quarter, 2:00, Patriots 13-10: The Patriots’ defense stepped up and forced a three-and-out when they needed it. Now their offense has to respond to get a score before the half. They’ll also get the ball after halftime.

The 49ers have the ball at their own 28-yard line.

Dont’a Hightower wasn’t on the field for the second consecutive drive until the Patriots began letting up large chunks of yards with rookie linebacker Elandon Roberts in his place. Hightower came back in, but the Patriots still allowed an 18-yard touchdown pass to tight end Vance McDonald.

Second quarter, 9:13, Patriots 13-3: The Patriots were moving down the field well until Nate Solder was flagged for holding. Then Brady was hit with an intentional grounding, and suddenly the Patriots faced third and 21. They got 9 yards back on a pass to Edelman before punting. The 49ers have the ball on their own 8-yard line.

Second quarter, 12:18, Patriots 13-3: The Patriots forced a punt with their fourth sack of the game. This one came from Kyle Van Noy in his Patriots debut. The Patriots allowed two first downs on the drive. They have the ball on their own 29-yard line after the sack.

Brady now is 6 of 7 for 48 yards with two touchdowns. Blount has 49 yards on four carries. Edelman has four catches on four targets for 30 yards.

First quarter, 2:41, Patriots 6-3: The Patriots’ defensive didn’t force a three-and-out, but they did step up in the red zone, bending but not breaking. Dont’a Hightower came up with a huge strip sack on third down. The 49ers recovered and kicked a 33-yard field goal.

First quarter, 10:10, Patriots 6-0: The first touchdown of the game came from the Bay Area boys. Tom Brady hit Julian Edelman for a 4-yard touchdown. That’s Edelman’s first touchdown catch of the season. He did the Merton Hanks dance in celebration. Hanks played safety for the 49ers while Edelman was growing up in the area in Redwood City. Brady grew up in San Mateo.

Running back Dion Lewis was targeted twice and caught a 9-yard pass.

First quarter, 13:03: The Patriots forced a three-and-out with two sacks by defensive backs on the 49ers’ first drive.

Cornerback Malcolm Butler sacked Colin Kaepernick for no gain on first down, and safety Patrick Chung got the sack on a blitz on third down.

The Patriots have the ball on their own 27-yard line after a 30-yard punt return by Danny Amendola.

First quarter, 15:00: The Patriots called heads and won the coin toss, choosing to defer. The 49ers will receive. Let’s go.

Nine minutes out from kickoff and there's a sea of red seats.

3:30 p.m.: There’s still only a sparse crowd at Levi’s Stadium, but they made their voices heard when Tom Brady ran onto the field. Sounded like only cheers, no boos, from the closed press box.

3:15 p.m.: Bill Belichick is wearing a VI Rings sweatshirt. That’s the name of his boat.

2:55 p.m.: Running back Dion Lewis WILL make his season debut. He officially is active.

2:45 p.m.: Based on warmups, it appears my projection of Coleman being inactive over Cyrus Jones and Eric Rowe will be correct.

Dion Lewis also looks set to make his season debut based on warmups, but we’ll find out when inactives are released at 2:55 p.m. ET.

In The House Tomsula Built pic.twitter.com/joUh9cENhA

Wide receivers Julian Edelman and Malcolm Mitchell, center David Andrews and rookie quarterback Jacoby Brissett, who’s on injured reserve with a thumb injury, are on the field workout out early.

12:30 p.m. ET: Tom Brady finally returns home to face his favorite team growing up, the San Francisco 49ers, and he’ll reportedly do it as a captain.

Brady wasn’t named a Patriots captain when the season began while he was serving a four-game suspension. He since has been voted into the group, which also includes tight end Rob Gronkowski, wide receiver Matthew Slater, linebacker Dont’a Hightower and safety Devin McCourty, by his teammates, ESPN’s Mike Reiss reported Sunday morning.

Other news floating around as the Patriots get set to take on the 49ers: Tight end Martellus Bennett has become a priority to re-sign as a free agent this offseason. The Patriots freed up some of their potential offseason spending when they traded Jamie Collins. It seems unlikely they’ll re-sign pass rusher Jabaal Sheard, since he’s a healthy scratch in Week 11 against the 49ers after being left in New England.

We know Sheard, Gronkowski (chest) and wide receiver Chris Hogan (back) will be inactive. Running back Dion Lewis could be set to make his season debut. He made the trip to San Francisco.

We could also see one of Kyle Van Noy or Shea McClellin inactive. One of those players likely will have to step up in Sheard’s absence, however. Trey Flowers, Chris Long and Rob Ninkovich will rotate at defensive end, while either Van Noy, McClellin or Barkevious Mingo plays outside linebacker in the base defense. 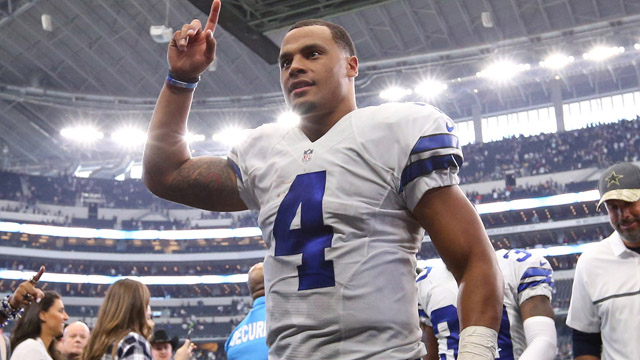 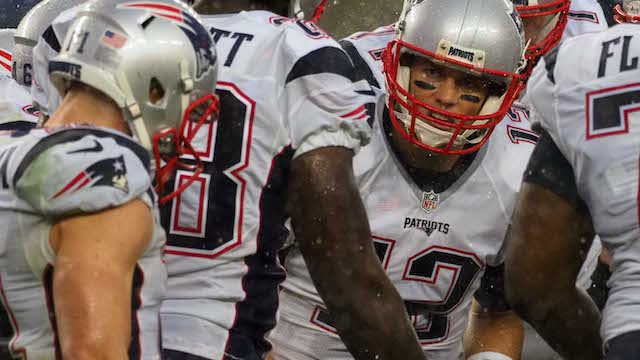