This time around, it’s running back James White who’ll be leaving the Super Bowl with a new set of wheels.

White had the game of his life Sunday night in Super Bowl LI, catching a Super Bowl-record 14 passes for 110 yards and scoring three touchdowns (plus a two-point conversion) as New England rallied to stun the Atlanta Falcons 34-28 in overtime. White’s third score of the night won the game for the Patriots on the opening drive of the extra session.

Brady took home Super Bowl MVP honors thanks to his phenomenal second half and record-setting passing totals (43 of 62 for 466 yards), but he said White should receive the keys to his new ride.

“I think James White deserves it,” the QB said Monday at his morning-after news conference. “It’d be nice for him.”

Super Bowl LI capped a career year for White, a third-year pro whose 60 receptions during the regular season were more than any previous Patriots running back under head coach Bill Belichick. Before Sunday, he’d caught double-digit passes and surpassed 100 receiving yards just once in his career, doing so in a loss to the Philadelphia Eagles last season.

“I was telling Coach earlier that James White is like my oldest son,” Brady said. “He just does everything right. You can never get mad at him, because even when he doesn’t make the play, he feels worse about it than you do. He’s just the best teammate. …

“To go from a rookie to working his tail off to become a big factor in all these games, that particular role in our offense — the Kevin Faulk mode, the Danny Woodhead mold, the Shane Vereen mold — and ultimately what Dion (Lewis) and what James (have) done has been incredible for our offense. They’re tough matchups.” 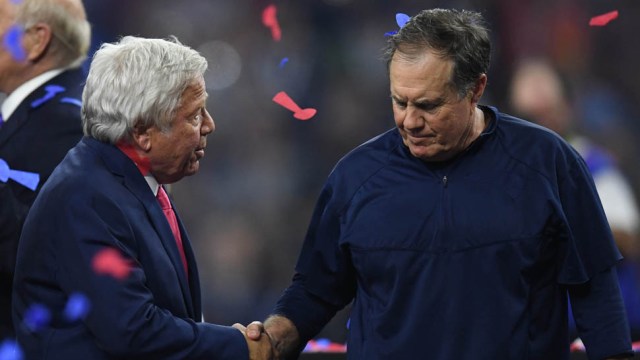 Where Does Patriots’ Super Bowl LI Win Rank Among Greatest Super Bowls Ever? 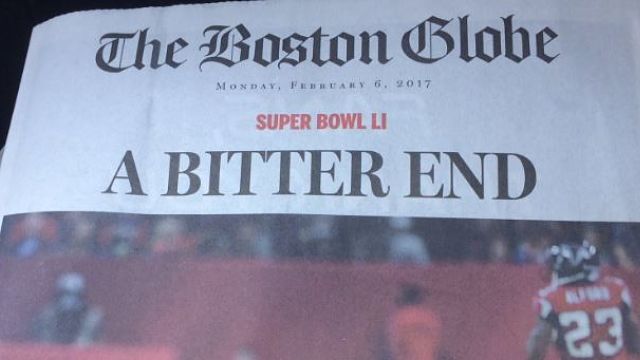