One of the most impressive streaks in all of sports has come to an end.

The Cleveland Browns drafted offensive tackle Joe Thomas with the third pick in the 2007 NFL Draft. Since then, he’s been on the field for every single offensive play the team has run. But during the third quarter against the Tennessee Titans on Sunday, Thomas suffered a reported triceps injury injury, forcing him to miss the first play of his 11-year career.

A sight you thought you'd never see.
Joe Thomas who has NEVER missed a snap in his 11-year career went down and is out of the game. pic.twitter.com/V0FEAc6u3H

What an incredible streak for Joe Thomas. pic.twitter.com/IVwRN9zcWj

Seeing Thomas leave a game for the first time was a tough sight for many.

No no… not Joe Thomas…

The streak is over. Joe Thomas just received the loudest ovation of the day.

When Joe Thomas goes down pic.twitter.com/D03Q8Wai5Y

While you never want to see this happen to anyone, it’s especially difficult seeing Thomas goes down, as he’s generally regarded as one of the nicest guys in the NFL.

Hopefully the 11-time Pro-Bowler is able to start a new streak sooner rather than later. 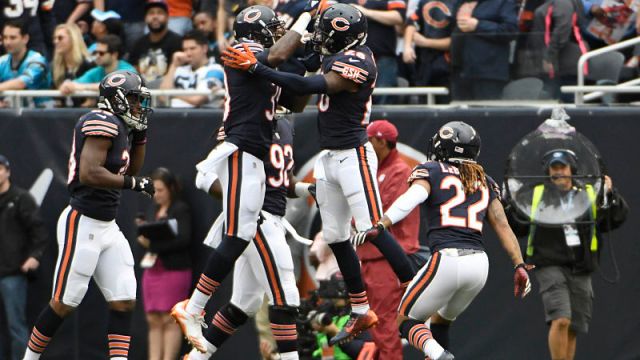