Jaylen Brown is one of the best dunkers in the NBA, and Willie Cauley-Stein found that out the hard way in Wednesday night’s game at TD Garden.

The Boston Celtics forward received a pass from Kyrie Irving, drove to the basket and threw down a powerful slam on the Sacramento Kings center.

Watch it in the video below:

Jaylen Brown wants to get in on #SunLifeDunk4Diabetes too! Don't miss this vicious dunk ? pic.twitter.com/4lVP3jdo3e

It was two of Brown’s 12 first-quarter points, which led all scorers and helped Boston take a 27-24 lead after 12 minutes.

All-Star Weekend isn’t until February, but wouldn’t it be fun to see Brown participate in the 2018 Slam Dunk Contest? 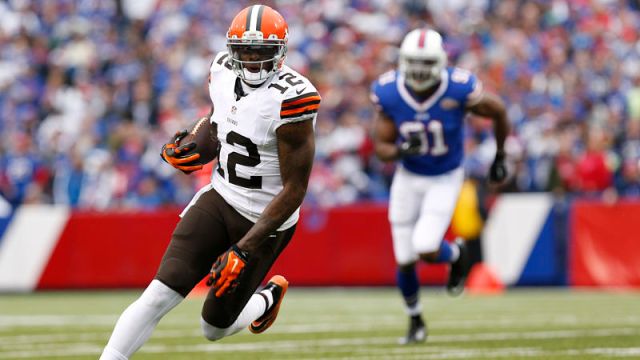