— A familiar face will be back in Foxboro for Sunday’s AFC Championship Game.

Drew Bledsoe, who won two AFC titles during his Patriots career, will serve as an honorary captain as New England takes on the Jacksonville Jaguars for the right to represent the conference in Super Bowl LII.

The 45-year-old retired quarterback played his final NFL game more than a decade ago, but he said he’d be willing to make a comeback if Tom Brady’s injured right hand prevents him from suiting up against the Jags.

“If they need me, I’ll be ready,” Bledsoe said in a conference call. “I’ll borrow Julian Edelman’s No. 11 jersey and go out there and sling it around. I figure I’ve got one or two good plays in me, and that’s about it.”

Brady injured his throwing hand during practice Wednesday and is listed as questionable for Sunday’s game. Bledsoe knows what he is going through, to an extent.

During his fifth season with the Patriots in 1998, Bledsoe played a game with a pin inserted into his broken right index finger.

“As long as you can grip it, throwing the ball — at least for me in my experience — was not that big of an issue,” he recalled. “If your mechanics are correct, which, obviously Tommy’s mechanics are very pure, the hand is just sort of an afterthought. It’s just sort of along for the ride. So as long as you can grip the ball, I don’t think that’ll be an issue. For me, when I hurt my finger, the taking the snap part was the problem.”

He added: “I don’t know what the nature of Tommy’s injury is. My guess is that it’s going to be a non-factor.”

Brady is the favorite to win his third NFL MVP award this season. Bledsoe, whom Brady replaced as New England’s starter in 2001, joked that he takes “all the credit for (Brady’s) success.”

“Tommy’s been so amazing for so long,” Bledsoe said. “His continued excellence through all of these years is pretty astounding. There are very few guys that can play any sport, let alone quarterback, at that high level for as long as he has. So it’s really pretty remarkable. I’m really proud of him, because he’s done it all, and he’s done it all with great class, as well.”

— Will we see Alan Branch back on the field this Sunday for the first time since Week 14? He said he’s ready to go if called upon.

Asked how he feels physically, the veteran defensive tackle replied, “I feel awesome. I feel definitely ready to play.”

Branch missed the final three games of the regular season and the Patriots’ divisional-round win over the Tennessee Titans with a knee injury. He gave a similar health report before the Titans game.

Defensive tackle Ricky Jean Francois has played well in Branch’s absence, recording a sack against Tennessee and excelling against the run.

— James Harrison still does not want to talk about his former team, the Pittsburgh Steelers, whom the Jaguars upset last weekend in the divisional round.

Asked how he feels about playing Jacksonville rather than Pittsburgh, the veteran linebacker responded, “I?m just happy that we?re here to play against somebody.”

He also said he has not talked to any of his old Steelers teammates about their humbling loss and gave a brief, one-word answer when asked how excited he is to play in his sixth career AFC title game:

James Harrison, how excited are you to be in the AFC Championship Game?

Harrison was, however, happy to talk about the Jaguars, who boasted the NFL’s top rushing attack during the regular season and feature one of the league’s best young running backs in Leonard Fournette. 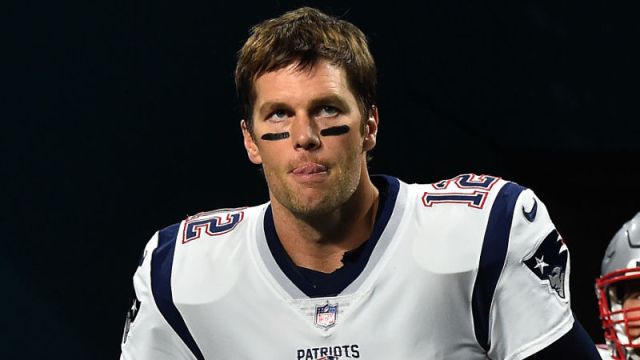