No. 1 Villanova was beaten up, both physically and mentally, in its Sweet 16 win over No. 5 West Virginia on Friday at TD Garden.

And their task less than 48 hours later won’t be any easier.

“These guys, man, we watched film of Texas Tech and West Virginia play each other, man, it was more physical than our game,” Villanova head coach Jay Wright said Saturday, per a transcript provided. “But a very well-coached team, very disciplined on both ends of the floor,”

On Friday, West Virginia forced 16 turnovers and outrebounded the top-seeded Wildcats, but it wasn’t close to enough to withstand the Wildcats’ offensive explosion. Villanova, which boasts the nation’s top-ranked offense, shot 50 percent from the field and 54.2 percent from 3-point land in a 90-78 win. They went six minutes without turning the ball over during a 22-6 run in the second half that effectively put the game away.

The Wildcats will have to duplicate that performance Sunday against a Texas Tech team that shut down No. 2 Purdue en route to the school’s first Elite Eight berth in school history.

The Red Raiders surrender just 64.1 points per game, which ranks 15th in the country this season. Their stats are even more impressive when it comes to adjusted defensive efficiency, where they rank third in the country, according to KenPom.com, at 91.1 points per 100 possessions.

Texas Tech will throw 10 bodies at Villanova, hoping to wear down a veteran squad that was pushed to its limit Friday night against “Press Virginia.” The Red Raiders have held each of their first three tournament opponents under 66 points, but they will face a different animal Sunday afternoon.

“Villanova’s identity is their offense, but their defense is hard to score against,” Beard said Saturday. “They switch. They’re multi-dimensional players. They’re aggressive. So we’ve got all sorts of worries in this game.”

But the Red Raiders are built to lean on their tenacious defense.

“We’re a defensive team. It’s our culture. First thing we do in recruiting is see if guys play defense or have the ability athletically to play at our level,” Beard said. “We talk to recruits about, “You’re going to guard if you come here.” Every day in practice, we spend more time on defense than anything.”

For the top-seeded Wildcats, they’ll rely on the 3-point shot to carry them to the Final Four. After all, the team’s motto is — “Shoot ’em up, sleep in the streets.”

Villanova can set the Division 1 record for most 3-pointers made in a season Sunday if they knock down 11. Wright, who helped pioneer the small-ball lineup in college basketball, plays five guys who all are capable of knocking down the long ball, which makes the Wildcats all the more deadly.

“They just have one of the most explosive offenses in college basketball,” Beard said. “The ability to get to 90 or 100 points on any given night, 3-point shot, very talented players. We have nothing but respect for their program, their talent level and their coach. In our eyes, we’re going to have to play our best 40 minutes of the season to advance, and that’s our objective.”

The Red Raiders faced a Purdue team without its best player Friday night. They won’t be so lucky Sunday.

As for Villanova, they’re still recovering from West Virginia and preparing for another brawl.

“We’re just trying to stay off our feet,” Wright said. “We didn’t use the whole practice time. We’re trying to stay as fresh as possible and learn as much about Texas Tech as we can through film and team meetings. Because they’re just as physical. They play just as many — they play at least 10 guys. They’re going to be able to wear –try to wear us down, much like West Virginia did.” 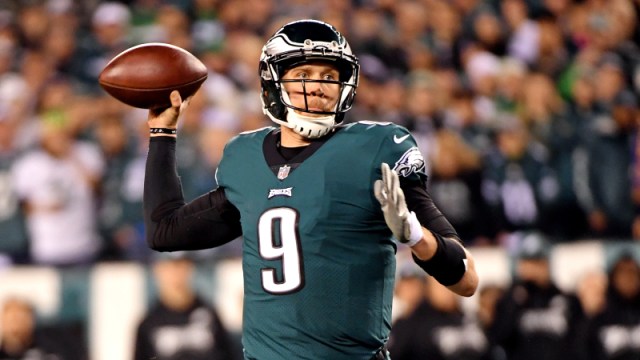