The New England Patriots used their first pick in the 2018 NFL Draft on an offensive lineman — but not any of the ones that were linked to them during the pre-draft process.

With the 23rd overall pick, the Patriots selected Georgia’s Isaiah Wynn, who started double-digit games at both tackle and guard during his collegiate career.

Wynn started all 15 games at left tackle for the Bulldogs in 2017, but at 6-foot-3, 313 pounds, many have projected him as a guard at the NFL level. For what it’s worth, NFL commissioner Roger Goodell referred to him as a tackle when announcing the Patriots’ pick.

Wynn is a talented, technically sound block-winner with a demeanor that offensive line coaches will love. His athleticism allows for quick advantages as a run blocker while his hand strength and footwork helps him sustain those advantages into open running lanes. His plus pass protection will be appealing to teams looking for help in that area and he is capable of sliding out to tackle in an emergency. He appears to have the technique and play traits to overcome any concerns about size and could become an early starter.

New England has a need at left tackle following Nate Solder’s departure but appears set in the interior for the time being, with guards Shaq Mason and Joe Thuney and center David Andrews all set to return this season. Mason is entering the final year of his contract, however, and should be in line for a significant payday once he hits free agency.

Welcome to my dawg @iwynn77 so proud and happy for you brother. Now let?s go to work. Oh yeah dinner is on you!

The Patriots opted for Wynn over Texas tackle Connor Williams, who still was on the board at the time of their selection. Notre Dame’s Mike McGlinchey and UCLA’s Kolton Miller were considered potential Patriots targets, but they were selected ninth and 15th overall, respectively.

Wynn also heard his name called before Louisville quarterback Lamar Jackson, whom the Patriots reportedly showed heavy interest in before the draft. 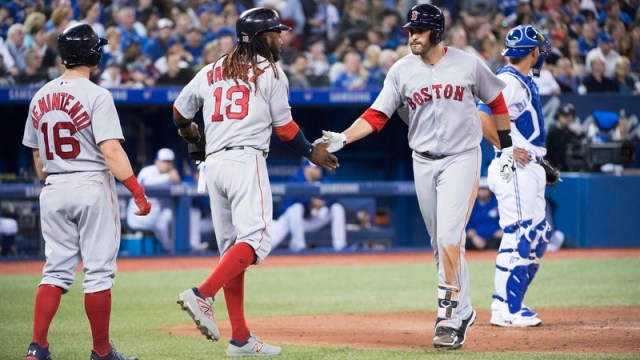 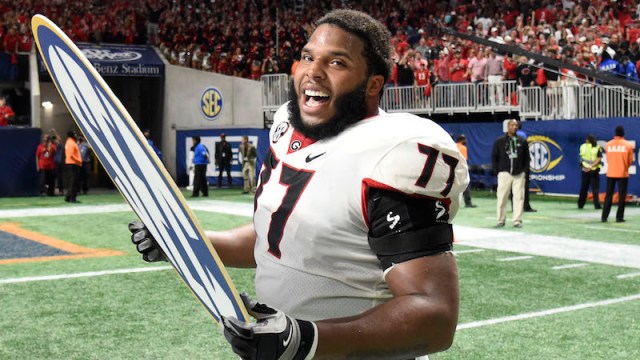