No, the Boston Celtics coach didn’t win the National Basketball Coaches’ Association Coach of the Year award — but that honor wasn’t really on anyone’s radar until this year, when it was revealed Stevens didn’t get a single vote.

The “actual” NBA Coach of the Year award will be handed out June 25, and the league announced Wednesday night that Stevens is one of the finalists, along with (former) Toronto Raptors head coach Dwane Casey and Utah Jazz coach Quin Snyder.

So, who makes the best case for this award — and the other five major NBA awards?

Let’s talk it out. Below are the official finalists for this year’s awards, followed by our picks for each.

Most Valuable Player
Finalists: Anthony Davis (New Orleans Pelicans), LeBron James (Cleveland Cavaliers), James Harden (Houston Rockets)
Our Pick: James Harden. Here’s your first reminder that this is a regular-season award. LeBron has been great in the playoffs, but Harden basically has MVP wrapped up. He was the NBA’s leading scorer by a wide margin (30.4 points per game) on the league’s best team and also finished third in assists per game (8.8). Case closed.

Rookie of the Year
Finalists: Donovan Mitchell (Utah Jazz), Ben Simmons (Philadelphia 76ers), Jayson Tatum (Boston Celtics)
Our Pick: Ben Simmons. This season’s rookie class was spectacular. Any one of these three easily could have taken this award in another year. We really want to give this award to Mitchell, who joined an elite group of rookies to average 20-plus points per game and was a huge reason why the Jazz were even relevant this season. But Simmons (yes, he’s a rookie) was a better all-around player, boasting a LeBron-like stat line of 15.8 points, 8.1 rebounds and 8.2 assists per game to power the Sixers to a No. 3 seed.

Sixth Man
Finalists: Eric Gordon (Rockets), Fred VanVleet (Raptors), Lou Williams (Los Angeles Clippers)
Our Pick: Lou Williams. Williams went ahead and nominated himself back in April, and we’ll take him up on that. His 22.6 points and 5.3 assists off the bench are head and shoulders above Gordon and VanVleet, and you could argue the Clippers just should have started him anyway. This one shouldn’t be a contest.

Coach of the Year
Finalists: Dwane Casey (Raptors), Quin Snyder (Jazz), Brad Stevens (Celtics)
Our Pick: Dwane Casey. Get ready to be disappointed again, Celtics fans. This is a regular-season award, and voters will argue Casey did more (a franchise-best 59 wins to Boston’s 55) with less (the Celtics had a healthy Kyrie Irving for 60 games and a roster that was deep even without Hayward). Do we think Stevens is the better coach and is the reason why Boston has roared to the Eastern Conference finals? Yes. But he’ll lose out to the guy who just lost his job.

Most Improved Player
Finalists: Clint Capela (Rockets), Spencer Dinwiddie (Brooklyn Nets), Victor Oladipo (Indiana Pacers)
Our Pick: Victor Oladipo. Dinwiddie is a great story, and Capela filled a perfect role for Houston. But Oladipo took his game to another level to will the surprising Pacers to a No. 5 seed.

Defensive Player of the Year
Finalists: Anthony Davis (Pelicans), Joel Embiid (Philadelphia 76ers), Rudy Gobert (Jazz)
Our Pick: Rudy Gobert. The “Stifle Tower” has yet to win this award, and it’s time for that to change. All three candidates are worthy, but Gobert averaged 2.3 blocks per game on the best defensive team in the NBA. 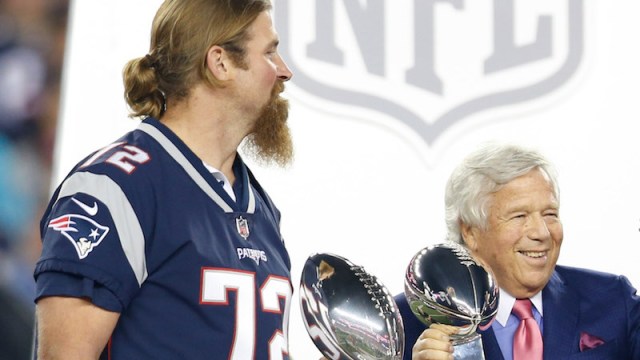 Patriots Have Been Unbelievably Fortunate At Left Tackle Over The Years 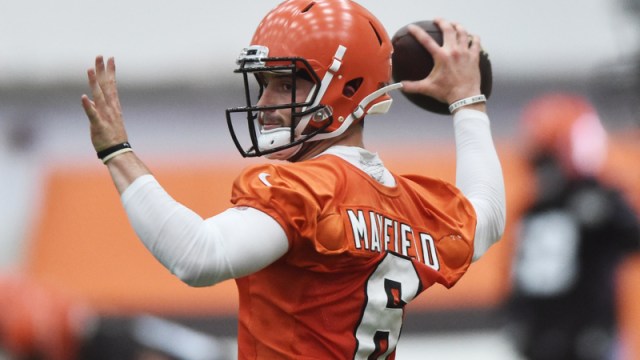