The New England Patriots tight end flirted with retirement and was the subject of trade rumors this offseason. However, he announced in April he’d return as a Patriot.

“I’m super excited about the upcoming season,” he said. “It’s going to be fun. We’ve got another year, another training camp — always a grind, gotta get yourself through that — (I’m) just excited for the season.

As for the retirement talk, Gronkowski says he’s in a good place not only mentally, but physically, too.

“I am refreshed,” he added. “You know how after a long season your body can feel and everything, so I just wanted to see where I was at and see how I can get my body feeling, see if I can handle it and endure it again, and I feel super ready.”

Gronkowski then channeled Patriots coach Bill Belichick when asked his expectations for the 2018 season,

“It’s to get back to where we were, no doubt about it, and then you know the basic, ‘We’re taking one minute at a time, one day at a time, one opponent at a time,’ ” he told McGinest. “I love living like that.”

Of course, questions about Gronkowski’s commitment and happiness can’t truly be answered in early July, especially with the “grind” of training camp and a seemingly unresolved contract situation looming. But given the All-Pro’s success on the field, Patriots fans probably shouldn’t worry about Gronkowski backing up the talk. 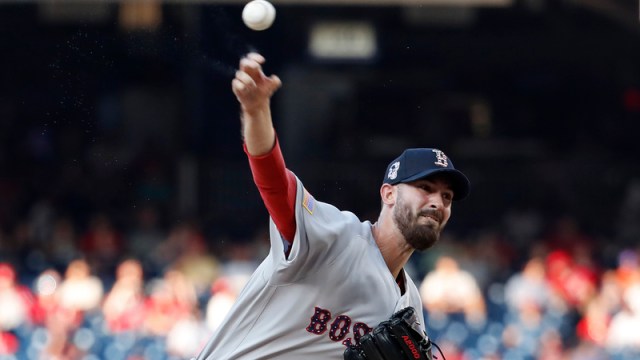 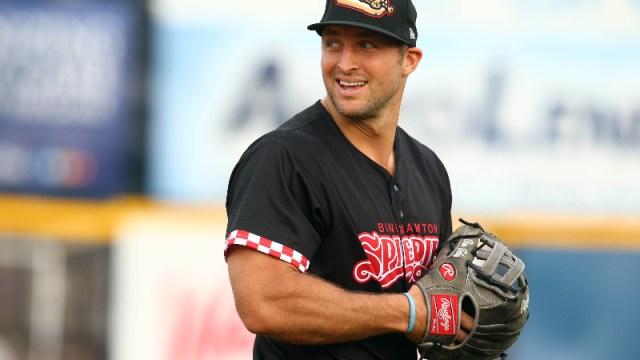 Tim Tebow Struggles With ‘Maine Monster,’ Gets Clocked In Head By Fly Ball