Alex Smith’s season is over, as the Washington Redskins quarterback suffered a gruesome injury Sunday afternoon against the Houston Texans, breaking his tibia and fibula.

Near the midway point of the third quarter, Smith was brought down by J.J. Watt and Kareem Jackson, landing awkwardly on his leg in the process and ultimately getting carted off the field. It was a bitter end to the season for Smith, who surprisingly had guided Washington to the top spot in the NFC East with some solid week in, week out play.

The Texans ultimately won, and following the victory Watt took to Twitter to send well-wishes to Smith.

Thoughts are with Alex. Absolutely gutted about it. Never want to see that for anyone ever. Wishing you all the best brother. 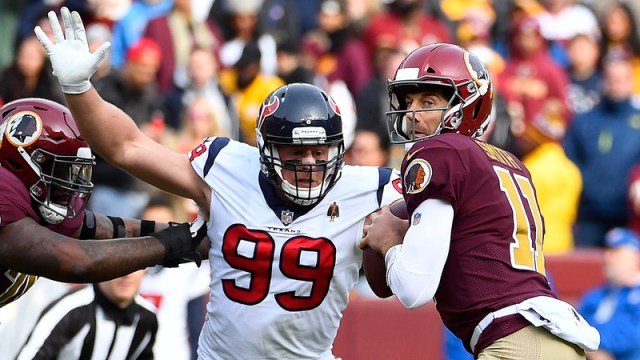 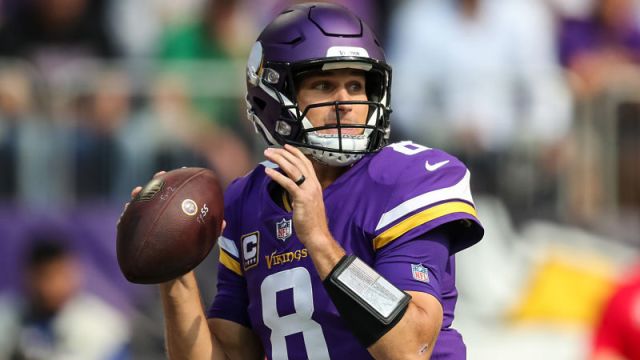