Nine weeks are gone in the NFL and one thing has become clear: four teams are head and shoulders above the rest.

The New Orleans Saints delivered a marquee win in Week 9, handing the Los Angeles Rams their first loss of the season. The two NFC favorites likely will meet again back in New Orleans come January. Elsewhere in Week 9, the New England Patriots handily defeated the Green Bay Packers even without Rob Gronkowski or Sony Michel, and the Kansas City Chiefs kept rolling with a 16-point win over the Cleveland Browns.

Things could get shaken up over the remaining eight weeks, but for now, these are your true Super Bowl contenders.

With nine weeks of action now in the books, here?s how we’re ranking every NFL team from No. 1 to No. 32. (For our Week 9 power rankings, click here.)

1. New Orleans Saints (7-1; 3): If you want to be the man, you gotta beat the man and the Saints did just that Sunday against the Los Angeles Rams. LA came into the game as the NFL’s last unbeaten team, but Drew Brees threw for 346 yards and four scores in New Orleans’ 45-35 win. Who Dat?!

2. New England Patriots (7-2; 4): The Patriots continue to get better and better with each week. New England’s defense stole the show in Week 9, holding Aaron Rodgers and the Packers to 17 points in a 31-17 win at Gillette Stadium. Tom Brady and Co. now have won six games in a row and have done so with key members of the offense missing a number of games. There’s no telling how good the Pats will be come January.

3. Kansas City Chiefs (8-1; 2): Andy Reid’s club just keeps on rolling, as the Chiefs racked up 499 yards in a 37-21 win over the Browns. KC faces the Arizona Cardinals in Week 10 before a marquee showdown in Mexico City against the Rams.

4. Los Angeles Rams (8-1; 1): One loss isn’t a big deal, but the Saints exposed some weaknesses in the Rams’ secondary that could prove fatal come playoff time. Marcus Peters continues to disappoint, giving up a 72-yard touchdown to Michael Thomas with the game on the line in New Orleans. With Russell Wilson and Patrick Mahomes due up next, LA will need to try and fix its leaky secondary and fast.

5. Pittsburgh Steelers (5-2-1; 6): After a slow start, the Steelers have righted the ship to take control of first place in the AFC North. Pittsburgh dumped some dirt on their rival’s corpse Sunday, beating the Baltimore Ravens 23-17 to send them to third place in the division at 4-5.

6. Los Angeles Chargers (6-2; 5): While LA might have a tough time catching the Chiefs for the AFC West title, they should coast to the top wild-card spot.

8. Minnesota Vikings (5-3-1; 8): With Dalvin Cook back on the field, the Vikings’ offense was sharper and more explosive in their Week 9 rout of the Detroit Lions. A Week 10 battle with the Chicago Bears could decide who wins the NFC North.

9. Chicago Bears (5-3; 9): The Bears didn’t need Mitchell Trubisky to do anything special to beat Nathan Peterman and the Buffalo Bills, but they will need him to throw for more than 135 yards to beat the Vikings.

10. Cincinnati Bengals (5-3; 11): Will the Bengals be able to hang with the Steelers during the second half of the season to set up a winner-take-all matchup for the AFC North in Week 17? It won’t be easy as Cincy exits its bye to face the Saints in Week 10.

11. Houston Texans (6-3; 14): Make it six straight wins for Bill O’Brien’s team. Houston squeaked by the Denver Broncos thanks to Vance Joseph’s overall ineptitude, but you know what they say, a win is a win.

12. Philadelphia Eagles (4-4; 13): The NFC East always was the Eagles’ to win, but can they put everything together during the second half of the season to hold off the Washington Redskins?

13. Washington Redskins (5-3; 12): Washington was blasted by the Atlanta Falcons 38-14 in Week 9, looking like the fraudulent team many assumed they were despite their 5-2 start. A loss to the Bucs in Week 10 would be disastrous for Jay Gruden’s club.

14. Green Bay Packers (3-4-1; 10): Once again the Packers were in position to beat one of the NFL’s best teams, and once again they couldn’t get it done. Tied at 17 entering the fourth quarter against the Patriots, Green Bay was marching to take the lead, but Aaron Jones coughed up the ball in New England territory. Brady turned it into seven points and that was all she wrote. Green Bay now faces a must-win against the Miami Dolphins in Week 10.

15. Atlanta Falcons (4-4; 18): Atlanta refused to fold after its 1-4 start, rattling off three in a row to at least get back in the playoff discussion. The Falcons likely would need to finish around 9-7 or 10-6 to grab the second wild-card spot in the NFC. It’s not impossible, but it’s still not likely.

16. Seattle Seahawks (4-4; 15):  Wilson couldn’t work his magic in the fourth quarter against the Chargers, and now Seattle must beat the Rams in Week 10 or else their playoff hopes will be on life support.

17. Tennessee Titans (4-4; 17): Marcus Mariota threw for two scores and ran for another to give the Titans a much-needed win over the Dallas Cowboys and keep their playoff hopes alive.

20. Dallas Cowboys (3-5; 19): Amari Cooper had a decent Dallas debut, but that was the only positive for the ‘Boys in their Monday night loss to Tennessee.

21. Detroit Lions (3-5; 20): After trading Golden Tate and getting housed by the Vikings, it looks like it’s better luck next year for Matt Patricia’s club. Perhaps the head coach should focus more on the game plan and less on a reporter’s posture.

22. Jacksonville Jaguars (3-5; 24): The Jags face a de-facto elimination game against the Indianapolis Colts in Week 10. Falling to 3-6 likely would end their playoff chances.

23. Indianapolis Colts (3-5; 25): Andrew Luck has to be better than Blake Bortles on Sunday. Should be doable.

25. Cleveland Browns (2-6-1; 20): Doomed to likely miss the playoffs again, the Browns might be turning their attention to … Josh McDaniels?

31. Buffalo Bills (2-7; 31): Nothing against Peterman but he probably should look for a different line of work.

32. Oakland Raiders (1-7; 32): We bet those season-ticket prices for the Las Vegas Raiders dropped after Mullens and the 49ers delivered a 34-3 beatdown to Oakland on “Thursday Night Football.” 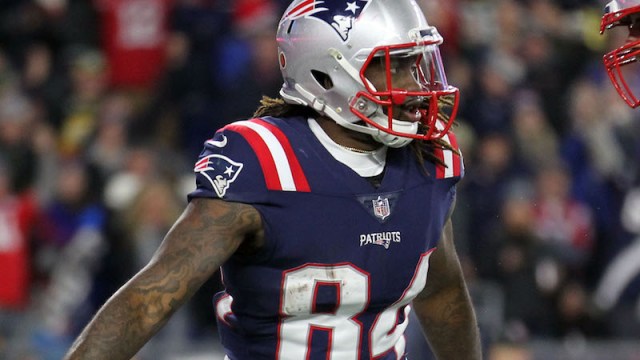 Patriots-Packers Film Review: Is Cordarrelle Patterson A Running Back Now? 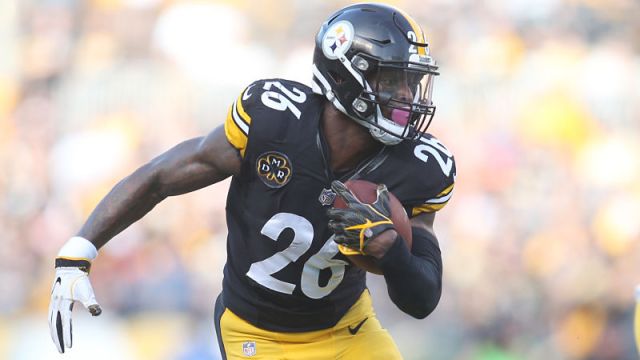