After missing the New England Patriots’ previous two games with ankle and back injuries, Gronkowski returned to the field and caught his first touchdown pass since Week 1 in a 27-13 victory over the New York Jets.

“It feels good,” Gronkowski said after the game. “But what feels better is getting that win. Just scoring on that one drive was just contributing to what we were trying to do, and that was just get the W.”

Facing a third-and-12 from New York’s 34-yard line late in the first quarter, Patriots quarterback Tom Brady lofted a pass deep down the middle to Gronkowski, who hauled it in as he absorbed contact from Jets cornerback Morris Claiborne.

“Gronk did a great job running up the field,” Brady said. “I saw him get by the middle linebacker, and I saw the corner squeeze in, and I threw it. I didn’t really see the end of the play. I heard the cheering. I wasn’t sure if they intercepted it or if we made the play. I was so happy Gronk made it. What a great play for him. He’s a great player for us.”

The touchdown came after a controversial decision by Jets coach Todd Bowles, who opted to accept an offensive pass interference penalty on James White one play earlier. Had Bowles declined the call, the Patriots would have been faced with a fourth-and-2 from New York’s 24.

Bowles explained his rationale after the game.

“Third-and-12 are better odds than fourth-and-2,” he told reporters, “and we knew they were going to go for it, because they typically do on fourth-and-2. We had a better chance at third-and-12.”

Outside of the touchdown, Gronkowski largely was held in check by Jets safety Jamal Adams, finishing with three catches on seven targets for 56 yards. Three of those targets came in the red zone, though, surpassing his previous 2018 season total of two in seven games.

“It felt good,” Gronkowski said. “I’ve just been putting the work in the last couple of weeks, whatever it was, to get back, and now I just feel like I can keep on improving week in and week out now and do what I have to do to help the team. It felt good to be back out there, and it was a good win overall.” 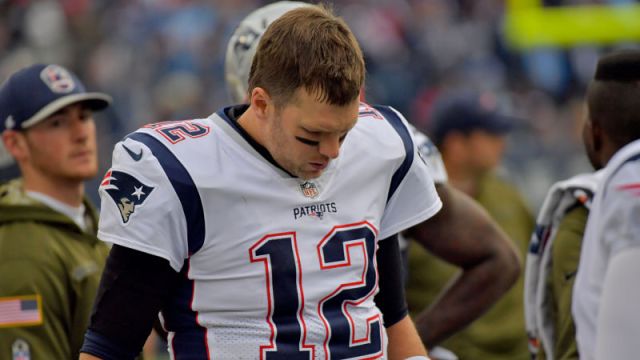