In their final game before the bye week, the New England Patriots will visit the Tennessee Titans this Sunday with hopes of extending their six-game win streak.

Here are five things to know about the Titans:

2. They’re in the playoff hunt
The 4-4 Titans, who snapped a three-game losing streak Monday night with a 28-14 road win over the Dallas Cowboys, sit 1 1/2 games back of the first-place Houston Texans in the AFC South. Vrabel’s troops have been competitive in all but one of their eight games, with two of their four losses coming by just one point. They also lost to the Miami Dolphins 27-20 in a weather-delayed game that took more than seven hours to complete and were blanked by the Baltimore Ravens 21-0.

Tennessee reached the playoffs last season for the first time since 2008, upsetting the Kansas City Chiefs at Arrowhead Stadium before being blown out by the Patriots 35-14 in the divisional round.

Monday’s game against the Cowboys was another rough one for the ex-Patriot. He allowed eight catches on 11 targets for 108 yards and let up touchdowns to Amari Cooper and Allen Hurns, with Cooper beating him on a return route near the goal line — a favorite of Julian Edelman’s — and Hurns leaving him in the dust with a double move.

Vrabel told reporters Tuesday he hasn’t considered benching his high-priced cornerback, who signed a five-year, $61 million contract this past offseason, but did offer a brutally honest assessment of Butler’s struggles in man coverage.

Here's Mike Vrabel to Tennessee reporters today on Malcolm Butler. Added that he hasn't considered starting backup LeShaun Sims over Butler because "I don't think he's as good as Malcolm in the way he practices and where I see him going." pic.twitter.com/Zq3F0WcuTE

4. Lewis has been much better
Unlike Butler, Lewis is putting together a respectable first season in Tennessee, and he’s come on especially strong of late. The former Patriots running back was fantastic in a Week 7 loss to the Los Angeles Chargers (13 carries for 91 yards, six catches for 64 yards), then tallied 112 all-purpose yards (62 rushing, 60 receiving) Monday against the Cowboys.

Lewis leads all Titans rushers with 339 yards on 92 carries and already has surpassed his 2017 receiving totals with 33 catches on 37 targets for 259 yards, ranking second on the team in both categories behind second-year wide receiver Corey Davis (36 catches on 66 targets for 451 yards).

The Titans’ backfield has been a relatively even split between the diminutive Lewis and the hulking Derrick Henry (90 carries, 300 yards, two touchdowns), though the former has seen more touches in recent weeks. Quarterback Marcus Mariota also is a constant running threat, ranking fourth among NFL QBs in rushing attempts with 41 and averaging 5.3 yards per carry.

5. Their defense has been stingy
Opponents have had a lot of trouble scoring on the Titans, who have allowed an NFL-low 17.6 points per game this season and have yet to surrender more than 23. They’ve been helped along by a lenient schedule, though, facing just one team that currently ranks in the top 15 in scoring average (the 11th-ranked Chargers).

The Patriots are averaging an even 30 points per game — good for fourth in the league — and have scored 31 or more in five of their last six games. 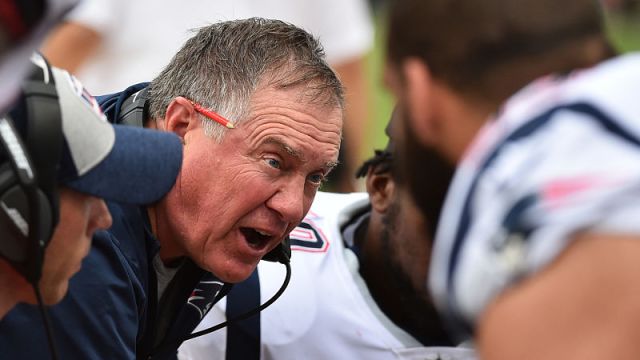 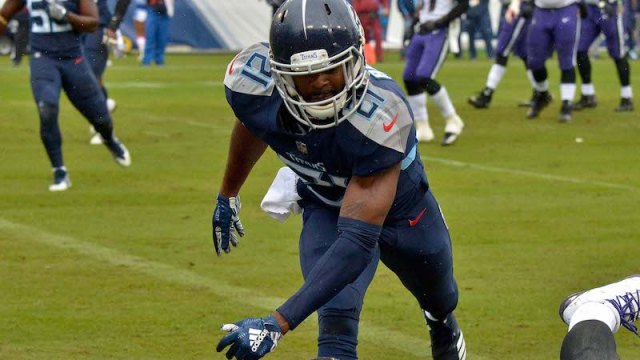