BOSTON — When the Boston Celtics suit up to take on the New Orleans Pelicans on Monday night, they’re going to be without some important bodies.

Before the game, head coach Brad Stevens confirmed the C’s would be without the services of roughly a third of their usual roster.

The fifth-year coach had a positive diagnosis of the star point guard.

“Kyrie, I think is going to be fine,” Stevens said. “He felt stiffness today, I would expect him to be day-to-day.”

When asked if Irving has had any testing or imaging done, Stevens responded “not that I know of.”

“Al has got patellar tendinitis that he’s been dealing with for a while”, Stevens said. “We’re going to kind of see how this goes. He’s day-to-day right now, but we may go slowly with him.”

Horford noted the ailment has persisted for about a month, and that it flared up during last Thursday’s win over the New York Knicks.

Here’s what Stevens said about the other Celtics missing Monday’s game:

— Yabusele (ankle): “Not a high-ankle sprain, which is good news.” 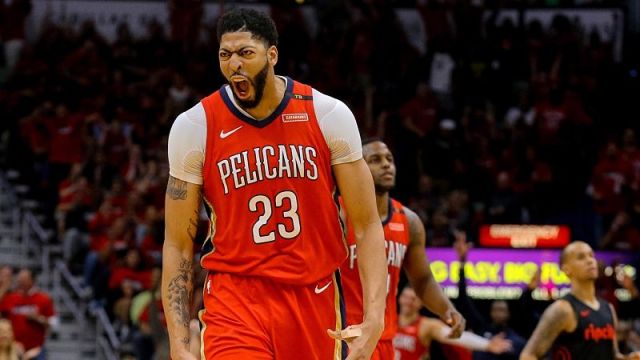 Anthony Davis Gets Loud Ovation At TD Garden Before Celtics-Pelicans