FOXBORO, Mass. — Tom Brady once again has put his name in the record books.

During the fourth quarter of the New England Patriots’ 38-3 win over the New York Jets at Gillette Stadium, Brady completed the 6,000 pass of his career.

With the completion, which went to wide receiver Chris Hogan, Brady joined Brett Favre, Drew Brees and Peyton Manning in the 6,000-completion club.

For the game, Brady went 24-33 for 250 yards and four touchdowns. His fourth touchdown pass, a 5-yard strike to Julian Edelman, was the 29th four-touchdown game for the 41-year-old quarterback, which ranks third all-time.

With the win, the Patriots will clinch the No. 2 seed and a first-round bye in the AFC playoffs. 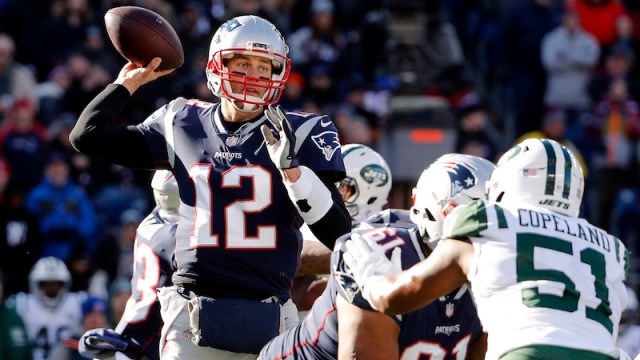 Who Helped Patriots Most In 38-3 Win Over Jets In Season Finale?