The Boston Celtics are back in the win column.

Boston remained in control for most of the game and despite a sloppy third quarter, prevailed over the Brooklyn Nets 112-104 on Monday night at TD Garden.

Brooklyn tried to close the gap in the final seconds, but couldn’t pull ahead and had its six-game win streak snapped.

THREE’S FOR EVERYONE
All five Boston starters scored within the first four minutes, en route to a 16-5 lead just 3:54 into the game.

Smart got the scoring started for the Celtics with a 3-pointer, followed by a Rozier trey.

Horford and Morris each scored before Jayson Tatum finished off a steal with a dunk that caused the Nets to call a timeout.

Tatum sniffs out the pass and takes it for two ? pic.twitter.com/tJCdeZvmuv

Smart continued to be a pest, hitting another three before stealing the ball that led to his third shot from distance in the quarter. Brooklyn called another timeout after it went down 23-12.

The Nets pulled within three with 2:55 left in the first after compiling a 10-0 run, but Boston was able to take a 32-24 lead into the second.

The C’s defense was crucial in the opening 12 minutes, forcing Brooklyn to miss eight of its first 10 shots, and scoring 12 points off the Nets’ turnovers.

Smart led all shooters with 11 points, all of which he drained in seven minutes. Baynes was behind him with seven points of his own. Horford impressed on the defensive end of the court, accounting for six of the team’s 11 blocks in the first two quarters.

C’s END SECOND STRONG
A careless pass by Brad Wanamaker led to an easy two points for the Nets to bring the game within two with 8:42 left in the second, forcing Brad Stevens to call a timeout.

Smart was a saving grace for the Boston offense in a sloppy second quarter, nailing down points left and right to keep his team in the lead. The Nets tied it at 42 with just over six minutes left in the first half but Horford hit a go-ahead dunk.

Rozier finds Horford running the floor for the throwdown! pic.twitter.com/0lgNCEfAyu

Brooklyn tied it after making both of its free throws, but a Brown trey put the C’s ahead once again. Baynes continued to be a force off the bench as Boston started to find its stride toward the end of the second, stretching its lead to as much as 12 with 1:52 remaining before taking a 60-50 lead into the break.

Baynes paced all Celtics with 14 points, with Smart just behind him at 13. Morris also had double-digit points with 10.

NETS KEEP IT CLOSE
The C’s struggled a bit in the third and the game remained close, with the team’s exchanging leads with just over five minutes left in the quarter.

Horford broke the stalemate when he sunk an aggressive dunk for the 76-74 lead with 4:35 remaining.

Boston pulled ahead by five with 1:42 left in the quarter, but a Brooklyn three followed by an and-one brought the visitors within a point. Brooklyn took a one-point lead with seconds remaining in the third, but Rozier nailed down two points to give the Celtics an 89-88 edge heading into the fourth.

Baynes, Brown and Morris all had 14 points for Boston, While Smart finished with 13 and Rozier with 11.

The Nets dominated on the offensive glass, scoring 29 points off 16 second chances.

C’S SEAL W
Boston built a 12-point lead with just over seven minutes left to play thanks to a 13-2 run that forced the Nets to call a timeout after Brown hit from beyond the arc.

Brown from the corner… Splash. pic.twitter.com/va31pimWjR

It didn’t seem to do much for the visitors, however, as the C’s remained in control of the game.

PLAY OF THE GAME
Smart makes it look too easy.

How about THAT pass by Smart?! pic.twitter.com/pWj62IBwbU

UP NEXT
The Celtics finish off their homestand Wednesday when they welcome the Charlotte Hornets to TD Garden. Tip-off is set for 7:30 p.m. ET. 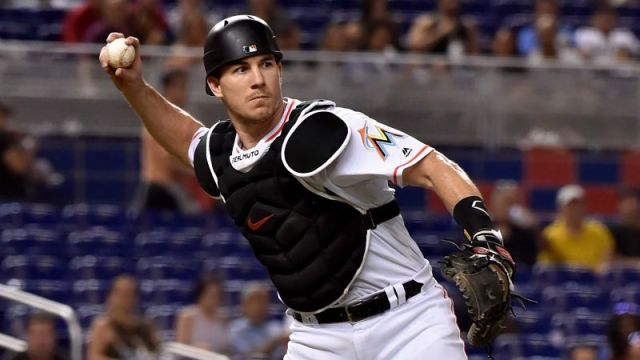 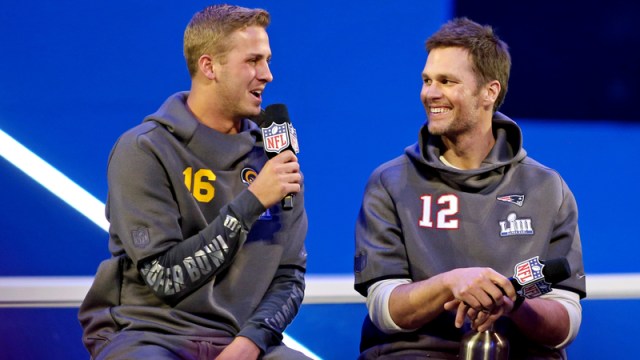