As the Boston Celtics exit the NBA All-Star break, they find themselves in a beefed-up Eastern Conference.

The Milwaukee Bucks, Toronto Raptors and Philadelphia 76ers all made deals at the NBA trade deadline, while the C’s elected to stand pat and potentially make their move in the summer when they officially can enter the Anthony Davis sweepstakes.

With the Bucks, Raptors and Sixers all looking to win now, the Celtics’ road to the NBA Finals this season will be more perilous than initially believed. Couple the souped-up contenders with the drama that has enveloped Boston’s entire season, and this stretch could be unkind to the C’s if they don’t come together quickly after the break.

With the Celtics set to open the second half of the season against the Bucks on Thursday, Sports Illustrated spoke to an anonymous NBA scout about all four Eastern Conference contenders. The scout delivered an honest assessment of Boston’s playoff chances.

“This team can win the East or get beat in the first round. They have great talent but sometimes they have no chemistry,” the scout told SI. “Kyrie Irving is having one of his best seasons, maybe his best. He?s the same pure scorer and one of the best fourth-quarter closers in the league. But when he gets it going, there is a tendency for everyone to watch him. When they make four or five passes, they are tough to guard.”

The scout also sees an issue with Gordon Hayward’s game and the lack of consistency with budding star Jayson Tatum.

“Gordon Hayward just isn?t right,” the scout told SI. “He doesn?t look hurt, but the explosion and the sharp cuts that were there in Utah just aren?t there now. (Coach) Brad Stevens did the right thing moving him to the bench. It takes some of the pressure off. And he?s an effective scorer with the second-unit guys.

“Tatum has not taken the kind of step forward I expected. Some of that is having to share the ball more. But he doesn?t take advantage of his size. He takes a lot of midrange jump shots when he should be driving and using that length to score over people. He settles too much.”

The Celtics play one of the toughest schedules in the NBA down the stretch, while the other three contenders play schedules that rank in the bottom third of the league. If Boston is going to lay claim to the Eastern Conference crown, it’s going to have to do it the hard way. 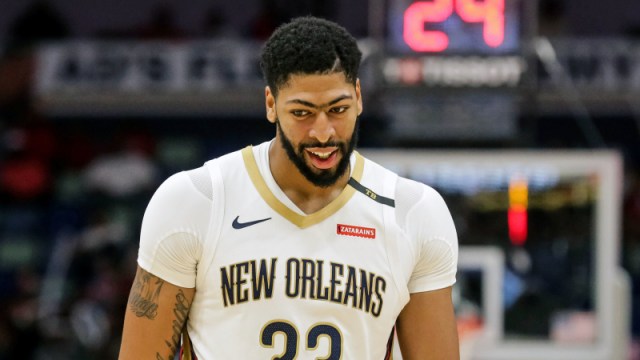