The Boston Bruins may have lost to the St. Louis Blues in a shootout Saturday, but the team was able to get its first look at its newest member.

Charlie Coyle, who was acquired by the B’s from the Minnesota Wild in a trade that included Ryan Donato, made his Boston debut at Enterprise Center. While he didn’t register a shot on goal, Coyle did log 16:36 of ice time and had a hit and a takeaway.

After the game, Coyle noted playing “a new system” is “different,” but thinks he adjusted well for his first game.

“I’ll learn as we go here,” he told reporters after the game, per the Bruins.

Coyle was given a chance in the shootout and came up big, scoring on Blues goalie Jordan Binnington to keep the Bruins alive.

“I was trying not to worry about it,” he said when asked if he was nervous about his shootout opportunity. “I’d be lying if I said there wasn’t nerves. There definitely was. There always is in a shootout and it was a must-score there so yeah, there was definitely some.”

Head coach Bruce Cassidy seemed encouraged by what he saw from the 26-year-old.

“I liked him, he was good on the draws,” he told Andy Brickley and Jack Edwards on NESN’s postgame coverage. “As the game went on, real good job down low in the offensive zone. He can rag it, he can separate, make some plays. Obviously the shootout goal shows his skill level, but I liked him. We’ll look at it closer to see if there’s any system issues we gotta go through. I doubt it. He’s been in the league a long time. But he did a nice job today.”

While it was just one game, it certainly was encouraging to see him score in a do-or-die situation, as well as having the praise of his new head coach. 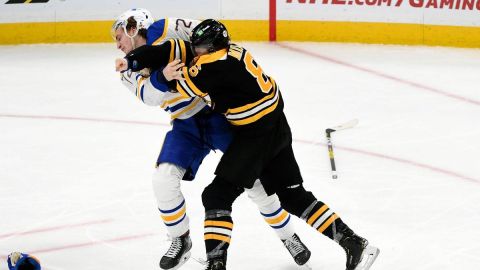 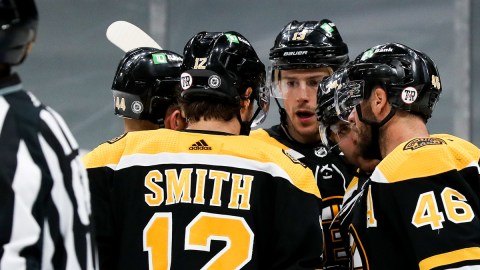