New England Patriots fans are not allowed to complain about their defense for at least eight months. Sorry, these are the rules.

One would have thought the sky was falling one month into the Patriots’ 2018 season after they lost to the Jacksonville Jaguars and Detroit Lions. Fast-forward four months and they submitted one of the greatest defensive performances in Super Bowl history Sunday when they beat the Los Angeles Rams 13-3.

Here are our takeaways from Super Bowl LIII:

— The Patriots generated a pressure rate of 52.3 percent. They generated pressure on 50 percent or more snaps in all three postseason games.

— Van Noy and Guy had the highest pressure percentage on the team.

— The Patriots blitzed 20 times. They sacked Goff on two of those 20 plays. Gilmore’s interception also came on a blitz.

— The Patriots used Jones at safety and Chung at linebacker. Jackson mostly covered tight ends. The Patriots also stayed in zone coverage more than usual. It was a major departure from what the Patriots usually run on defense, which is heavy man.

— Gilmore had a tough matchup against Brandin Cooks but held up well. The Patriots doubled Robert Woods often with Jones.

— Jason McCourty made an incredible play to break up a pass intended for Cooks when he was wide open in the end zone. The McCourty twins are still pretty darn fast.

— The Rams rushed for 62 yards on 18 carries for just 3.4 yards per pop. The Patriots’ run defense became very good by the end of the season.

— Shelton was a monster up front. He was far more disruptive than usual.

— Neither Todd Gurley nor C.J. Anderson averaged more than 2 yards after contact per carry.

— The Patriots limited defensive tackle Aaron Donald to just one QB hit and one hurry. He was basically a non-factor.

PASSING ACCURACY
— Quarterback Tom Brady went 21-of-34 for 262 yards with an interception. Among those 13 incompletions, three were dropped passes and one came as Brady was hit while he threw the ball.

— Wide receivers Julian Edelman and Chris Hogan and running back Sony Michel each dropped a pass.

— Patterson, as usual, was the Patriots’ most productive ball-carrier per snap.

— The Patriots quietly rushed for 154 yards on 32 attempts for 4.8 yards per carry. That includes Brady’s two kneel-downs for -2 yards. 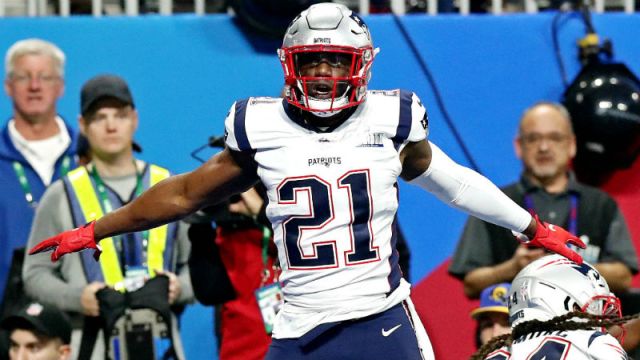 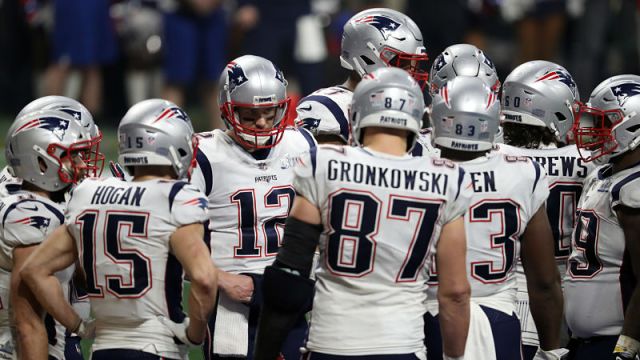