Since joining the Celtics via free agency in July, Enes Kanter has done lots of bonding with his new teammates.

But before he came to Boston, the big man wasn’t too fond of one Celtics favorite: Marcus Smart.

“Man, I hated that guy,” Kanter told NBC Sports Boston’s Chris Forsberg with a laugh on this week’s episode of “The Enes Kanter Podcast.” “When we (the Portland Trail Blazers) played against (the) Boston Celtics, the first thing that was on my mind (was) I know he was going to give 100 percent. And I couldn’t play post-up because every time I hit, he was like rock solid. Like rock solid.”

Now that they’re on the same team, however, Kanter gets to benefit from the stingy defensive skill that earned Smart a spot on the 2019 NBA All-Defensive First Team. And, naturally, he loves every minute of it.

“Every time he’s on the court, man, I have so much confidence playing the game because … he’s the type of guy that doesn’t care about his stats. He doesn’t care about what he did. He only cares about winning, and he’s just going out there and fighting.” 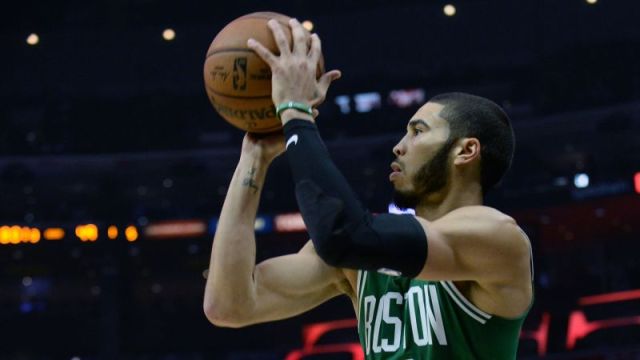 Why Stephen A. Smith Believes ‘Ascending’ Jayson Tatum Is Key To Celtics’ Success