Kemba Walker’s returned to Charlotte for the first time as a visitor Thursday night and came out victorious.

The Boston Celtics defeated the Hornets 108-87 in a stress-free win.

Miles Bridges led the way for Charlotte with 18 points. Terry Rozier struggled in his first regular-season matchup with his former team, scoring just three points on 1-of-11 shooting.

The Celtics improved to 6-1 with the win, while the Hornets fell to 4-4.

HAYWARD CLICKING AGAIN
Hayward picked up right where he left off in Cleveland, quickly finding a rhythm to help the Celtics get out to a 20-11 lead on the back of an 18-4 run. Coming off his career-high 39-point effort against the Cavaliers, Hayward posted nine points, three rebounds and three assists in his first eight minutes of action.

He finished the first frame with 14 points, four rebounds and three assists in 10 minutes to lead all scorers. This stretch gave him a remarkable five-quarter line of 53 points, 11 assists and 11 rebounds on 23-of-28 shooting dating back to Tuesday’s win.

SLOW SECOND
The Celtics stretched their lead to 14 early in the second quarter, with Brown finding some rhythm in his first game back after missing three consecutive contests with an infection.

?? Jaylen Brown blows by the defense for the @celtics bucket!

Charlotte cut into the deficit, making this a six-point game with a quick run around the midway point of the frame. Boston’s slow shooting allowed the Hornets to keep this close. The Celtics were just 4-of-18 from the field nine minutes into the quarter.

Boston went on a swift 11-0 run with under two minutes left, but Charlotte responded to make it 52-43 after two.

Hayward led all scorers with 16 points at the half, while Walker and Rozier were a combined 0-for-12 from the floor.

OFFENSE CLICKING
Walker grabbed his first field goal of the night at the 9:08 mark of the third as part of the Celtics’ 11-3 run to open the second half.

Boston held a double-digit lead for the majority of the quarter, as Walker finally found his stride after being held without a bucket in the game’s first 24 minutes. He knocked down three triples in a four-plus minute span midway through the frame, helping the Celtics extend their lead.

Boston continued to roll, taking a commanding 18-point lead into the fourth quarter.

Tatum led all scorers with 22 points after three, thanks to a 4-of-5 shooting clip from beyond the arc.

STROLLING TO A WIN
This one never was in jeopardy for the Celtics, as Charlotte couldn’t manage to close the gap down the stretch.

Bridges did grab a technical foul after pushing Marcus Smart, causing a little back-and-forth for the remainder of the night. If it wasn’t for teammates separating the two on multiple occasions, Smart likely would’ve caught a technical of his own.

Green came through with the highlight of the night midway through the fourth as he showcased his absurd athleticism with a fast-break slam.

Boston would coast to the finish line the remainder of the way.

Kemba Walker gets a standing ovation in his return to Charlotte ? pic.twitter.com/G4eDYRehMO

UP NEXT
The Celtics wrap up their three-game road trip in San Antonio on Saturday when they take on the Spurs. Tip-off is set for 5 p.m. ET. 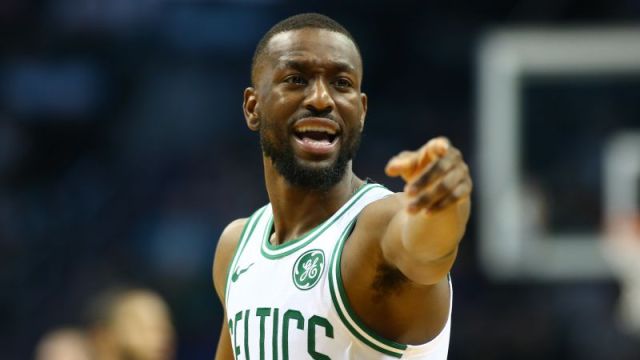 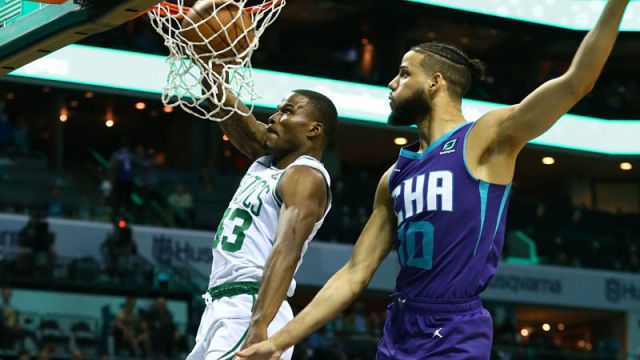