Celtics fans have waited months for the opportunity to boo Kyrie Irving mercilessly in Boston. The star point guard’s return to TD Garden on Nov. 27 is perhaps the most hyped game on the Celtics’ schedule.

However, there’s a growing possibility that angry Green Teamers will need to wait a while longer to lash out at Irving, who has become public enemy No. 1 since leaving the Celtics in free agency.

The Brooklyn Nets point guard has missed the last two games and will sit out Wednesday night against the Charlotte Hornets due to a shoulder injury, according to head coach Kenny Atkinson. That gives Irving only a week to recover in time for his scheduled return to Boston. And while Atkinson once expressed optimism about Irving’s prognosis, he now is singing a slightly different tune.

?I don?t want to comment on that,? Atkinson said. Tuesday, via the New York Post’s Mollie Walker. ?I think it?s way too early. I think it?s day-to-day right now. I think he?s working his tail off to get back. So, I definitely don?t want to speculate on the time frame.

Atkinson added: ” … I do know shoulders, that?s not fun. I think we?ve probably all had something there. That?s just having full range of motion and being able to move that is so big, so obviously, he?s not feeling right. He will be out again (Wednesday). I know he?s getting a ton of treatment. He?s living in the training room. Just got to get through it.?

It was hard to ignore the change in coach Kenny Atkinson's tone while discussing Kyrie Irving's injury yesterday. #Nets https://t.co/G4DUMgX4m4 via @nypostsports

And then there’s this excerpt from Walker’s story published Tuesday night:

“There is still no definitive timetable for Irving?s return. A specialist who spoke with The Post during the Nets? road trip suggested Irving would be well advised to rest for several days, or even a couple of weeks.”

Unsurprisingly, Celtics fans are up in arms over what they perceive is Irving taking the coward’s way out of what surely would be a rough night in Boston. Many fans also are claiming they “knew” this was going to happen; though, of course, Irving’s status for next Wednesday’s game remains undetermined.

As is always the case with injuries, it’s probably wise to reserve all judgement until we have all the necessary information.

The Irving-less Celtics are an NBA-best 11-2 to start the season, while the Nets sit at 5-8, good for ninth in the Eastern Conference. Irving is averaging 28.5 points, 5.4 rebounds and 7.2 assists through 11 games with his new team. 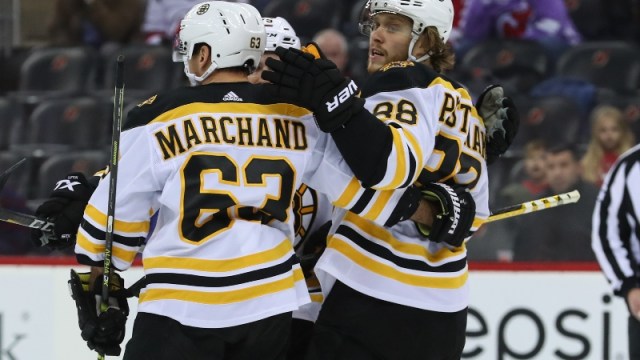 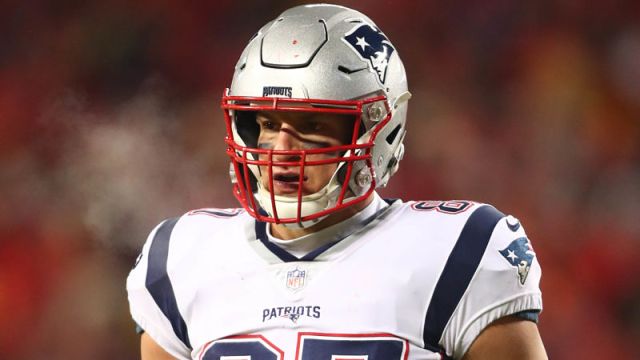 Will Rob Gronkowski Ever Play Again? ‘Absolutely Not,’ One Ex-NFL Player Says